The hack of spyware company Hacking Team has unleashed yet more critical zero-day Adobe Flash vulnerabilities for which no official patches yet exist.

In an advisory published this weekend, Adobe said it hoped to roll out an emergency security update (yes! another one!) in the coming days.

Critical vulnerabilities (CVE-2015-5122, CVE-2015-5123) have been identified in Adobe Flash Player 18.0.0.204 and earlier versions for Windows, Macintosh and Linux. Successful exploitation could cause a crash and potentially allow an attacker to take control of the affected system.

Adobe is aware of reports that exploits targeting these vulnerabilities have been published publicly. Adobe expects to make updates available during the week of July 12, 2015.

According to Adobe, the vulnerable versions of Flash are:

Technical details of one of the vulnerabilities (CVE-2015-5122) are described in a blog post by FireEye security researcher Dhanesh Kizhakkina.

These, and the earlier vulnerability, were uncovered in the files leaked from spyware firm Hacking Team.

Hacking Team, of course, was hoping to keep knowledge of the vulnerabilities out of the hands of Adobe so that it could continue to sell them to governments and law enforcement agencies around the world.

Unfortunately (for them) Hacking Team got hacked. Not the greatest advert for a company working in one of the shadier corners of the security industry. 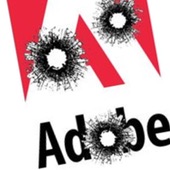 If you are not sure which version of Adobe Flash you are running on your computer, visit this Adobe webpage which will tell you.

The most recent version of Flash is always available from the Flash download page, but be sure not to be tricked into installing other third-party “optional offer” products at the same time (an irritating habit of Flash’s install program).

But I would also recommend going further than this, and enabling Click-to-Play, one of the best ways to protect yourself against criminals exploiting vulnerabilities in Adobe Flash.

Of course, the ultimate step is to see whether you can survive on the web without Flash at all. An idea that is becoming increasingly attractive.

5 comments on “Yet more Adobe Flash zero-day bugs discovered, exploited in the wild”