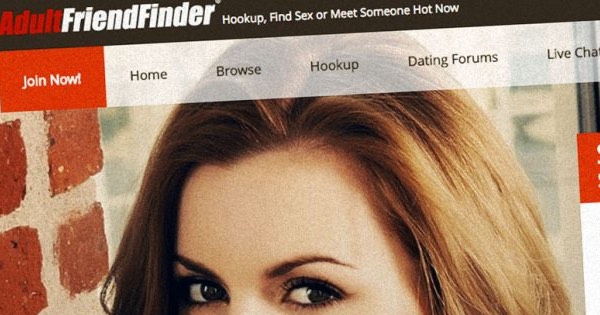 As I described last week, the personal details of hundreds of millions of accounts belonging to users of websites such as AdultFriendFinder, Cams.com, iCams.com, and Stripshow.com have been exposed following a data breach.

So, why the need to mention it now – over a week since the security incident came to light?

Well, because as ZDNet reports, it has taken until now for parent company Friend Finder Network Inc to warn its users.

Which meant that hackers had over a week’s head start to exploit members’ terrible passwords, or explore whether some users were committing the common cardinal sin of reusing the same passwords on multiple websites. 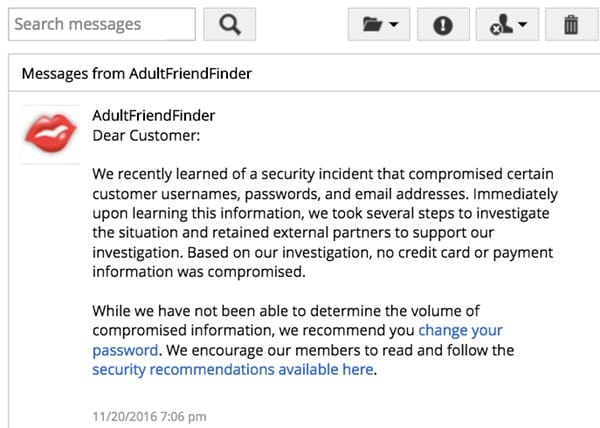 Frankly the lipstick-covered kiss doesn’t quite make up for their tardiness.

After all, this isn’t the first time that AdultFriendFinder has been hacked. And when their previous hack was revealed in May 2015, how well did they communicate the problem to their users?

You can probably guess, but if you want to confirm your suspicions just read this.

If you’re a member of AdultFriendFinder and its sister sites you’re in an abusive relationship. The company doesn’t give a damn about you.

Delete your account, ensure you aren’t using the same password anywhere else on the net, and think very long and hard about ever joining a similar site in the future.