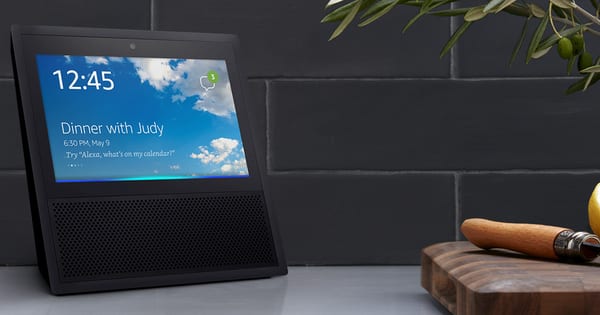 Mat Honan has been writing on Buzzfeed about his experiences of living with the Amazon Echo Show.

The Echo Show, you’ll remember, is Amazon’s latest Alexa-powered device but comes with the benefit (?) of a built-in camera and touchscreen.

Honan’s article is well worth a read for a number of reasons, but this part in particular sprung out at me:

It has this wild new feature called Drop In. Drop In lets you give people permission to automatically connect with your device. Here’s how it works. Let’s say my father has activated Drop In for me on his Echo Show. All I have to do is say, “Alexa, drop in on Dad.” It then turns on the microphone and camera on my father’s device and starts broadcasting that to me. For the several seconds of the call, my father’s video screen would appear fogged over. But then there he’ll be. And to be clear: This happens even if he doesn’t answer. Unless he declines the call, audibly or by tapping on the screen, it goes through. It just starts. Hello, you look nice today.

Honestly, I haven’t figured out what to think about this yet. But it’s here.

Why would anyone ever want to turn on a feature like that?

Remind me never to be a house guest in a home which has purchased an Amazon Echo Show.

For more discussion of this topic be sure to listen to this recent episode of the “Smashing Security” podcast: