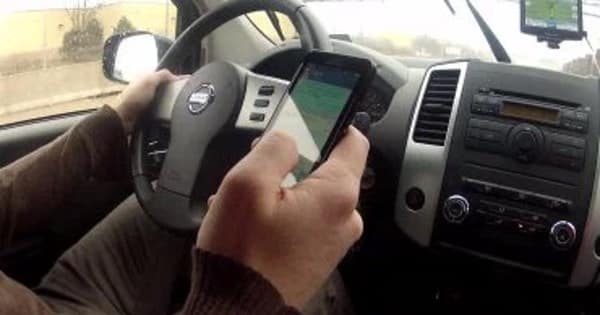 Garrett Wilhelm was allegedly chatting on his iPhone’s FaceTime app when he crashed into the back of James and Bethany Modisette’s car at 65mph, on a Texan road on Christmas Eve 2014.

Tragically, James and Bethany’s five-year-old daughter Moriah, who was sitting on the back seat, died from her injuries.

Now, Apple is being sued by the devastated parents for failing to block drivers from using FaceTime:

Plaintiffs allege Apple Inc’s failure to design, manufacture, and sell the Apple iPhone 6 Plus with the patented, safer, alternative design technology already available to it that would automatically lock-out or block users from utilizing Apple Inc’s “FaceTime” application while driving a motor vehicle at highway speed, and failure to warn users that the product was likely to be dangerous when used or misused in a reasonably foreseeable manner and/of instruct on the safe usage of this and similar applications, rendered the Apple iPhone 6 defective when it left defendant Apple Inc’s possession, and were a substantial factor in causing plaintiffs’ injuries and decedent’s death.

What muddies the water a little is that Apple was issued a patent in April 2014 for just this type of technology, and has been proposing it since 2008, but has not yet built into it its operating system or apps.

There are third-party apps, like Focus, which “gently remind” you to stop using your phone if it detects you are in a moving vehicle – but they obviously have to be installed in advance by somebody who is concerned that they are forming a dangerous habit.

Of course, texting messages, reading emails or video-chatting while you are in charge of a motor vehicle is insane. You aren’t just putting yourself at risk, you are putting other innocent travellers in peril as well.

If you need any convincing, here’s a shocking video that was made to highlight the danger. Please note: the video is graphic and may be upsetting to some people.

I can’t begin to imagine the grief felt by Moriah’s parents, but I find it difficult to point a finger of blame at Apple for this. If someone is using any distracting app while they’re driving then they are the ones being reckless, not the app’s developers.

Texas is apparently one of the few American states that still allows motorists to use their phones while driving. Madness.