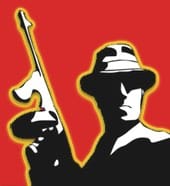 An online criminal gang calling itself the “Armada Collective” has been demanding that online businesses pay thousands of dollars in Bitcoins, or face having their websites brought to their knees by crippling internet attacks.

And, as the DDoS experts at Akamai point out, it is online companies who have the most to lose from downtime who are at the greatest risk.

Here is a typical ransom demand, as shared by the Swiss Government’s CERT, that was emailed to victims by the Armada Collective as it threatened distributed denial-of-service (DDoS) attacks:

FORWARD THIS MAIL TO WHOEVER IS IMPORTANT IN YOUR COMPANY AND CAN MAKE DECISION!

We are Armada Collective.

When we say all, we mean all – users will not be able to access sites host with you at all.

Right now we will start 15 minutes attack on your site’s IP (victims IP address). It will not be hard, we will not crash it at the moment to try to minimize eventual damage, which we want to avoid at this moment. It’s just to prove that this is not a hoax. Check your logs!

If you don’t pay by Friday , attack will start, price to stop will increase to 40 BTC and will go up 20 BTC for every day of attack.

If you report this to media and try to get some free publicity by using our name, instead of paying, attack will start permanently and will last for a long time.

This is not a joke.

Our attacks are extremely powerful – sometimes over 1 Tbps per second. So, no cheap protection will help.

Do not reply, we will probably not read. Pay and we will know its you. AND YOU WILL NEVER AGAIN HEAR FROM US!

Bitcoin is anonymous, nobody will ever know you cooperated.

For the uninitiated, a DDoS attack is where criminals bombard a website with so much traffic that it effectively clogs up, stopping legitimate visitors from accessing it.

As previously reported, Switzerland-based secure email firm ProtonMail was hit by a DDoS attack on November 3rd that was sustained for some days, eventually leading to the company paying a ransom worth $6000.

The firm later acknowledged that this was a poor decision, as it continued to be hit by DDoS attacks for some days and vowed to never pay blackmailers again.

But ProtonMail wasn’t the first of the Armada Collective’s victims. The hacking group had previously, for instance, struck at the webhosts of other Swiss online firms and financial institutions, as well as four Thai banks.

In each case, demands were made for money to be paid.

Other victims of attacks have included a number of online email services, including:

Zoho, which has also been attacked, summed up the position of many firms, saying that it will not give in to the attackers:

“Please stand by us as we fight this attack. We cannot give in to criminals and embolden them to perpetuate other attacks.” 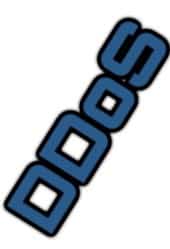 Of course, we don’t know who the Armada Collective is (although it’s fairly certain that law enforcement agencies around the world might be investigating).

We don’t even know if it’s one group or several – it’s perfectly possible that opportunists might be using the current wave of DDoS attacks to pretend to be responsible for the attacks in an attempt to make some quick cash.

Furthermore, it remains a possibility that some other firms may have been threatened with a DDoS attack and chosen to pay up, and that their negotiations with the criminals have not made it into the public eye.

There is certainly much more to be untangled about this story, including the nuggets shared by Forbes which seem to indicate that the attackers have sent small amounts of stolen cash *back* to ProtonMail.

DDoS attacks aren’t at all pleasant – although a DDoS by itself doesn’t result in systems being breached or databases being plundered, they are still bad news for the companies and web hosts that really need to stay online to do business.

I understand that feeling only too well. This weekend, my own web host battled a major denial-of-service attack that forced my site offline for a period of time, alongside other users.

And, of course, DDoS attacks are also a pain for customers who rely upon services remaining available to access their email, their online accounts or – if they were readers of my site – my ramblings about computer security.

For what it’s worth, I have no reason to believe that my web host was attacked by the Armada Collective. However, it does appear that the attack on my web host was significant, so…

Take care folks, and if your company runs a website which users rely upon to be available – and you have the resources available to you – investigate what you can do to mitigate a DDoS attack *before* you’re the next target on the criminals’ list.

Ultimately it might be the price you have to pay to stay in business – and my guess is that in the long run it will be cheaper than shelling out to online criminals.

And if you’re a regular computer user – defend your PC with up-to-date security software and patches to reduce the chances of it being hijacked into a botnet for the purposes of bombarding innocent sites with a DDoS attack.

In case I need to repeat it, don’t ever pay blackmailers. You’re just making the internet a less safe place for the rest of us if you do.