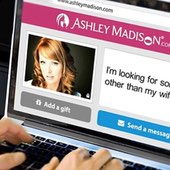 The one thing that sets this hack apart from other dating services getting hacked, is that the Ashley Madison slogan is “Life is short. Have an affair.” They have even ® registered that phrase!

Even with the slogan, it is still very much a dating site. You can flag yourself as being single, looking for a long-term relationship. You can search for single people only if you prefer. Nobody seemed to care about that when the news emerged that the site had been hacked.

In almost all breaches that becomes public, the service provider getting hacked takes a heavy beating in the media. Twitter acts as the biggest howling wolf pack ever, with other social media channels sharing and liking the news. Yes, I’ve joined the choir many times myself against service providers.

But in the case of Ashley Madison, the majority of news articles seem to focus on “Well, if you have an account with a cheating service like Ashley Madison, expect no sympathy from us you deceiving bugger”.

Not much word about the service provider, their security or lack of it.

Oh no, we’re pointing our index finger at all the registered users of Ashley Madison collectively. Even noted security reporter Brian Krebs calls Ashley Madison an “online cheating site” in his article. Do not judge the book by its cover, Brian.

As soon as I read about the breach on Twitter, I tweeted this:

Please remember reporters: an account with Ashley Madison doesn't mean anyone had an affair, or ever would. Potential risk of of suicide.

I tweeted that, because I knew something about Ashley Madison’s service that most people, including registered users, probably didn’t know:

Ashley Madison didn’t do any kind of email / ownership verification for new accounts.

Provide a fake email to Ashley Madison, get started with all free features immediately.

Yes, the really quick way to build a user base; a minimum of effort needed to get started.

I knew of other security design weaknesses as well, but I kept my mouth shut in public about it.

Then suddenly, The Intercept tweets this:

Someone Created an Ashley Madison Account Using My Gmail & All I Got Was This Extortion Screen http://t.co/pXvjhYqSUe pic.twitter.com/kg0frld35a

I read the story, and to my horror the article reveals that anyone can create an account using your email and get started using it, no account verification needed.

They also call the account deletion business practices of Ashley Madison “extortion”, since you have to pay money to have an account removed.

Yes, that’s correct. You can create an account for free, but it is completely unusable until you pay for membership. You can hide the account from anyone you haven’t made contact with online for free. But if you want to actually delete the account and all associated data, you have to pay money – $19.00 if you’re American.

It seems like Ashley Madison have changed that now. A good move, and I would just assume they couldn’t do anything else after the massive amount of bad publicity they got.

Now here’s the important part, returning to my initial comment about the breach:

Please remember reporters: an account with Ashley Madison doesn't mean anyone had an affair, or ever would. Potential risk of of suicide.

The leaked data, if it ever appears in public, doesn’t prove anything.

The free account essentially cannot be used for contacting or communicating with anyone else. Even if your credit card information shows you paid for an account, there is still no proof of you doing anything illegal according to law.

The only thing left are rumors. The kind of rumors that can ruin pretty much anyone’s life for a long, long time. 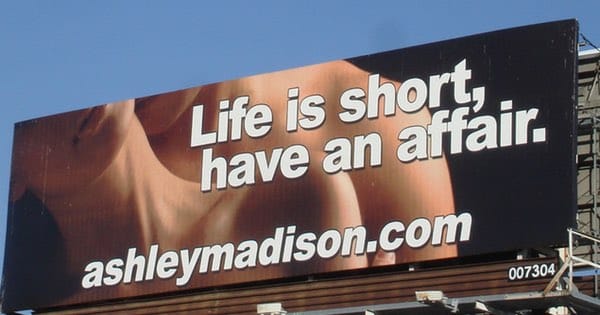 In November 2011, a dating service forum in Norway got hacked.

The site was known for also connecting buyers with “suppliers” of sexual services. A business which is illegal in Norway.

The media anonymously interviewed people who claimed to have done nothing wrong, but were considering suicide because of the attention they received from colleagues, friends and family.

I spent the days before Christmas talking to managers of some of those named on how to handle the situation. That Christmas became a nightmare for many based on rumors alone…

Four young men were charged and convicted for the hack, and sentenced to 30-57 hours of community service. The user list will probably never disappear from the internet.

Per Thorsheim is an independent security adviser based in Bergen, Norway. He told the world about the Linkedin breach in June 2012. As well as running his blog, he is the founder and main organizer of Passwordscon, a conference devoted to passwords, which has been his main interest for 13+ years. He is also proud to be certified CISA, CISM and CISSP-ISSAP.

33 comments on “Don’t judge Ashley Madison users too quickly, their accounts may be fake”