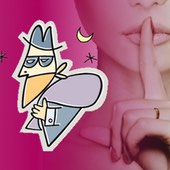 I’m not a big fan of the phrase “cyber terrorism”.

Like “cyberwarfare” it’s a term that tends to be bandied around a lot, and used in ways which are likely to belittle the grief, trauma and loss experienced by the true victims of real-life terrorism and war.

It’s the kind of term you expect to hear politicians use in an attempt to scare the public into believing that their internet-enabled fridge will blow up unless intelligence agencies are given the power to snoop upon private communications.

When someone smashed my car window years ago and pinched my radio, I didn’t report it to the authorities as possible terrorist activity. I just rang up the local cop shop who (to be honest) didn’t do anything.

Which was surprising – because isn’t it possible that a terrorist wanted my car radio? I guess that’s possible… just highly highly unlikely.

Hacked adultery site Ashley Madison certainly feels a bit free-and-easy when it comes to the right way to describe whoever breached its systems and stole company records, an archive of emails and customer records: 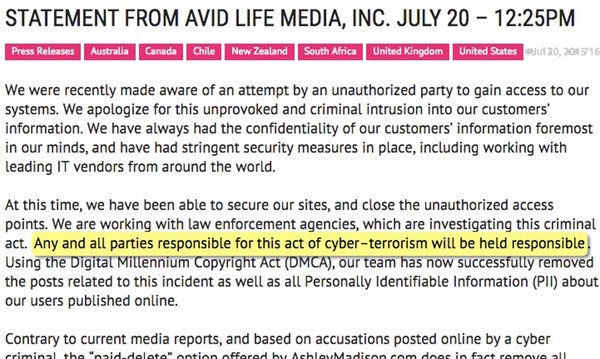 “Any and all parties responsible for this act of cyber–terrorism will be held responsible.”

Nope you just suffered a burglary. And the burglars clearly don’t like your company, and want to do your business harm.

I’m sorry that your company got hacked. No business deserves to get hacked. It may not be the case that everyone approves of what your company does, but that shouldn’t give anyone a green light to hack you.

And I’m even more sorry for people who registered on your site, and have had their personal information fall into the hands of hackers. It’s deeply unfortunate that you only gave your users a free way to delete their accounts after the horse had already bolted.

Ashley Madison, you got burgled. Badly.

But that doesn’t mean the burglars are terrorists.

7 comments on “No Ashley Madison, you weren’t burgled by terrorists”