On 4 April 2013, Darius Bolder, walked into the Swiss Cottage branch of Barclays bank in North London and – posing as an IT technician – managed to gain entry to the back office.

He now had physical access to the bank’s IT systems, and was able to connect a KVM (Keyboard / Video / Mouse) device to a computer. 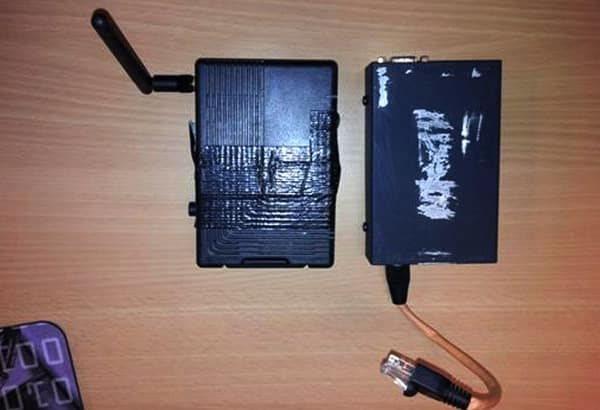 The device, an innocuous-looking black box, was attached to a 3G router, and allowed hackers holed-up in a nearby hotel to record staff passwords and screen activity, enabling them to make 128 financial transfers worth £1,252,490.

The money transfers went to a network of mule accounts, specially set up to launder the stolen cash.

Barclays reported the attack that day to the Metropolitan Police Central e-Crime Unit (PCeU), and managed to recover over £600,000 of the stolen money. 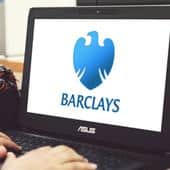 But that wasn’t the end of the story, as on 17 July 2013 another branch of Barclays was struck.

32-year-old Dean Outram entered a branch of Barclays in Lewisham, and was able to install a KVM device, through which £90,000 was stolen.

However, the Met Police were ready and Santander were on alert. As Outram left the branch he was arrested by police officers and an address in Hounslow was raided where ten other gang members were apprehended. Investigators recovered computers logged into Santander bank accounts, but no money had been stolen.

Yesterday, nine members of the gang were sentenced at Southwark Crown Court to a total of of 24 years and nine months.

Total: five and a half years imprisonment

Another, 31-year-old Martin Thane of Eardley Crescent, SW5, was previously sentenced to six months conditional discharge, and ordered to attend a rehabilitation clinic for six months on 8 October 2013, for conspiracy to commit fraud by misrepresentation.

And it turns out that some of the gang’s criminal activities went beyond installing KVM devices and meddling with bank accounts.

According to the Met Police’s press release:

In addition to the Barclays and Santander cyber attacks, police identified that between May 2012 and September 2013, Mullins-Abudu, Stephen Hannah, 53, Guy Davis, 49, Adam Jefferson, 38, Segun Ogunfidodo, 26, Dola Odunusui, 29, Martin Thane, 31, Michael Harper, 26 and Tony Colston-Hayter, 49, also used what police believe to be around 500 high value bank and credit cards that had been either stolen or intercepted, to purchase Rolex watches worth up to £30,000 each, high-value jewellery and electrical equipment such as Apple Mac computers and iPads.

The value of the credit card fraud is in excess of £1 million. In order to use the cards, the group – led by Hayter – used a sophisticated device to spoof genuine bank telephone numbers in order to fool victims into providing their personal details and PIN numbers.

Remember folks – be very careful about what information you give away over the phone, and remember that a legitimate call from your bank or credit card company will never ask you to tell them your complete PIN code.

“Through working with industry partners such as Santander and Barclays, whose efforts in assisting us were immense, we have been able to bring this group to justice.”

“This case demonstrates the sheer investigative skill we are able to apply to tackling cyber crime, as we continue working to keep London people and businesses safe from cyber criminals. We are determined to make London a hostile place for cyber criminals and not allow the internet to be a hiding place for those who defraud people in the capital,” said Detective Chief Inspector Jason Tunn, of the MPS Cyber Crime Unit.

It seems to me that the Met Police can be proud of bringing this high-tech gang to justice and stopping them in their audacious scheme to defraud bank customers.

And a clear warning needs to go out to other organisations to take great care over who well allow to gain physical access to our offices, and how closely visitors should be monitored – especially if they are an unfamiliar face.

Of course, human nature being what it is – many people feel uncomfortable grilling an unfamiliar face as to what they might be doing in the office, and asking them to prove their legitimacy.

Once again, this is largely a human problem, not a technological one.

5 comments on “How bank hackers stole £1.25 million with a simple piece of computer hardware”