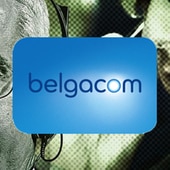 Belgacom, Belgium’s largest telecom company, has said it is investigating a new hacking attempt against its systems.

Regular readers will remember that in September, the company revealed that it had been hacked and it was subsequently discovered that the perpetrators of the spyware attack were none other than UK intelligence service GCHQ.

BICS provides wholesale carrier services around the world to wired and wireless operators, carrying communications for many African and Middle Eastern countries.

Now, the company says it has found evidence of further intrusions directed at BICS, after it stepped up monitoring of its network following the earlier incursion: 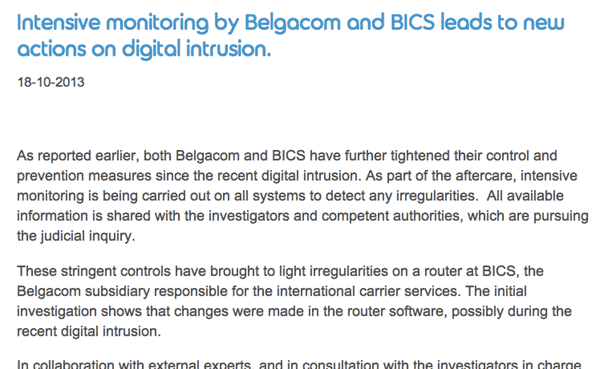 These stringent controls have brought to light irregularities on a router at BICS, the Belgacom subsidiary responsible for the international carrier services. The initial investigation shows that changes were made in the router software, possibly during the recent digital intrusion.

In collaboration with external experts, and in consultation with the investigators in charge of the judicial inquiry, the specialists of Belgacom and BICS are continuing the investigation, and remedial actions are also being prepared. The competent authorities, the BIPT and the Privacy Commission, were informed and will continue to be updated.

Inevitably there will be speculation that this latest incident is connected with the GCHQ attack which was codenamed “Operation Socialist”.

It’s clear that anyone blaming one particular country for state-sponsored computer espionage needs to wake up to a simple fact: It’s not just China, everybody is up to it.

You can read more about “Operation Socialist” in the original report from Der Spiegel.

One comment on “Belgium’s largest telecom firm investigates new (state-sponsored?) hack against it”