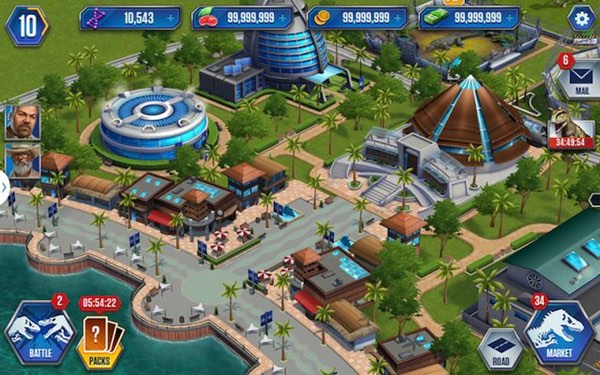 How many times have you been out to a restaurant and witnessed a parent handing their child an iPhone or iPad to keep them occupied?

Whether you agree or disagree with this particular parenting style is not the issue, as there are more pressing matters to be addressed when you hand over your device to someone else.

Recently, it was reported that a seven-year-old British boy managed to spend an eye-watering £4,000 (almost US $6,000) playing the game “Jurassic World” on his dad’s iPad.

You won’t be surprised to hear that 32-year-old Mohamed Shugaa, from Crawley, was less than impressed with his young son’s antics – which saw 65 transactions had been made to Apple between December 13 and December 18.

The purchases were approved not only because the child was given an unlocked iPad, but because he had memorised his father’s Apple ID password to make purchases within the App Store.

The story has a happy ending, as Shugaa was able to convince Apple that a 32-year old man was unlikely to spend that much money collecting dinosaur models, and pleading to the company’s better nature by saying that he needed the money to buy Christmas presents.

“I was so mad. I’m 32 years old, why would Apple think I would be spending thousands of pounds on buying dinosaurs and upgrading a game? Why didn’t they email me to check I knew these payments were being made? I got nothing from them. How much longer would it have gone on for?”

But there are some other lessons for all of us from this event.

Firstly, protect your device with a password that is stronger than the standard minimal character requirement. If you can enable fingerprint authentication, do that as well.

Be wary of thinking that simply placing your device in “Airplane mode” (which disables internet access) will protect your device from unwanted purchases. The reality is that most activity that requires a data connection will not only present an alert that the device is in Airplane mode, but it will take a person directly to the settings to turn Airplane mode off! 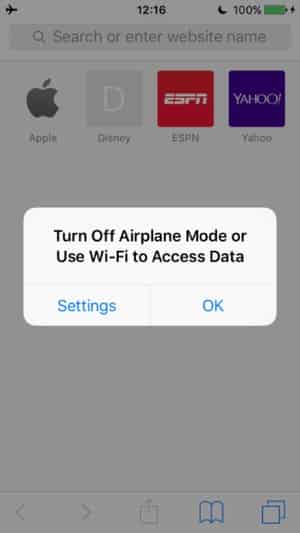 That’s not going to present too much of a challenge to the typical youngster familiar with how an iPhone or iPad works.

A better solution is to set restrictions on the device before handing it over.

These settings have been around for quite some time, but many people are still not aware of them.

On an iOS device, the Restrictions settings are found under the General settingsarea, and are protected with a *sigh* 4-digit passcode. Please be sure that it is not the same as the lock code you might use to protect your device.

Once you are in the Restrictions section of settings, a few quick adjustments can protect you from a bunch of potential problems and prevent – for instance – in-app purchases. 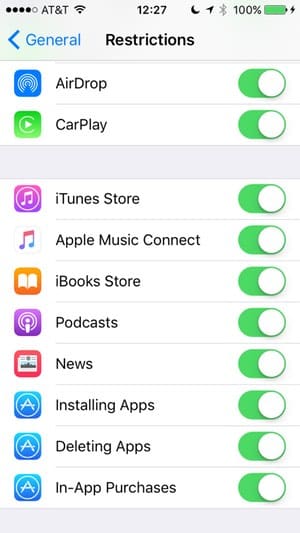 Of course, you should always think carefully before you let anyone touch your device. Remember that a person can inadvertently perform any action on your unlocked device that you can. This includes sending embarrassing photos or messages to someone in your address book.

Finally, if your seven-year-old can memorize the password to an account linked to your credit card, you need to seriously rethink your password strategy. Have you considered making 2016 the year you finally get serious about passwords and invest in a decent password manager?

4 comments on “Take care when sharing your iPad with your family, or face a monster bill…”