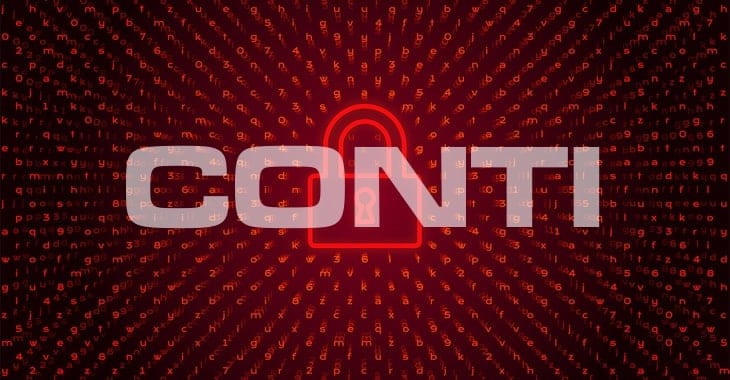 The Conti ransomware gang says that it supports the Russian government’s invasion of Ukraine… and if anyone launches a retaliatory cyber attack against Russia, they will hit back hard. 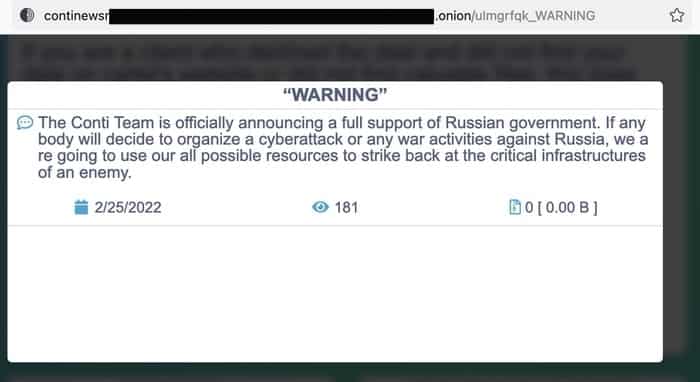 The message was posted on Conti’s website on the dark web earlier today:

The Conti Team is officially announcing a full support of Russian government. If anybody will decide to organize a cyberattack or any war activities against Russia, we are going to use our all possible resources to strike back at the critical infrastructures of an enemy.

Conti has proven its ability to compromise organisations, plant malware, steal sensitive information, and extort millions of dollars worth of cryptocurrency from its victims on numerous occasions.

The announcement came after Ukraine called on hackers to volunteer their services to spy on Russian forces, and protect the country’s critical infrastructure.

Things have clearly heated up digitally, as well as on the ground.

In January, Russia’s FSB claimed that it had dismantled the ransomware-as-a-service REvil gang (also known as Sodinokibi), whose members had notoriously plagued Western firms.

At the time I pondered quite why Russia might had chosen now to finally do something about one of its most infamous cybercrime gangs.

By the way, does anyone know what has happened to the people the FSB arrested? Are they hanging upside down above shark-infested custard somewhere in Moscow? Or has the Kremlin found some other use for them?