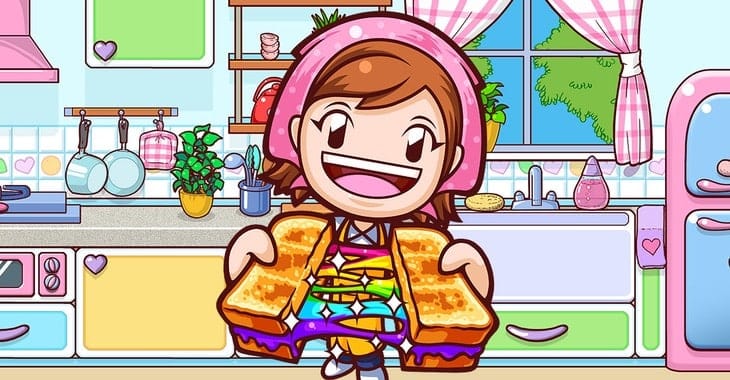 I know this will come as a shock to some of you, but you really shouldn’t believe everything you read on the internet.

This weekend rumours circulated that the Nintendo Switch video game “Cooking Mama: Cookstar” contained code that would secretly hijack the game console’s processing power to mine for cryptocurrency. Probably not the kind of think you expect as you attempt to conjour up everything from burritos to Baked Alaska.

The rumours – which appear to have first bubbled up on that ever reliable source of information, 4Chan – caught fire on Sunday, in a (now-deleted) tweet which described “Cooking Mama: Cookstar” as a “fake video game”: 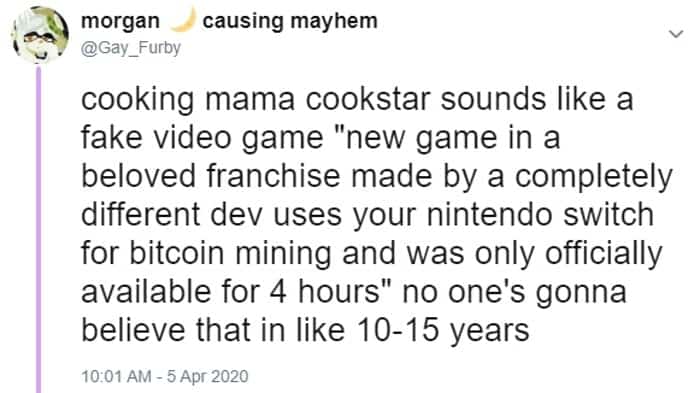 To add fuel to the flames, was that just hours after the game’s release on the Nintendo eShop it was withdrawn without explanation.

Might Nintendo have pulled the game after discovering it was secretly cryptomining on its customers’ games consoles? That was certainly the theory being put around by some, like this Twitter user who posted a screenshot of a Discord discussion, that was subsequently retweeted almost 10,000 times: 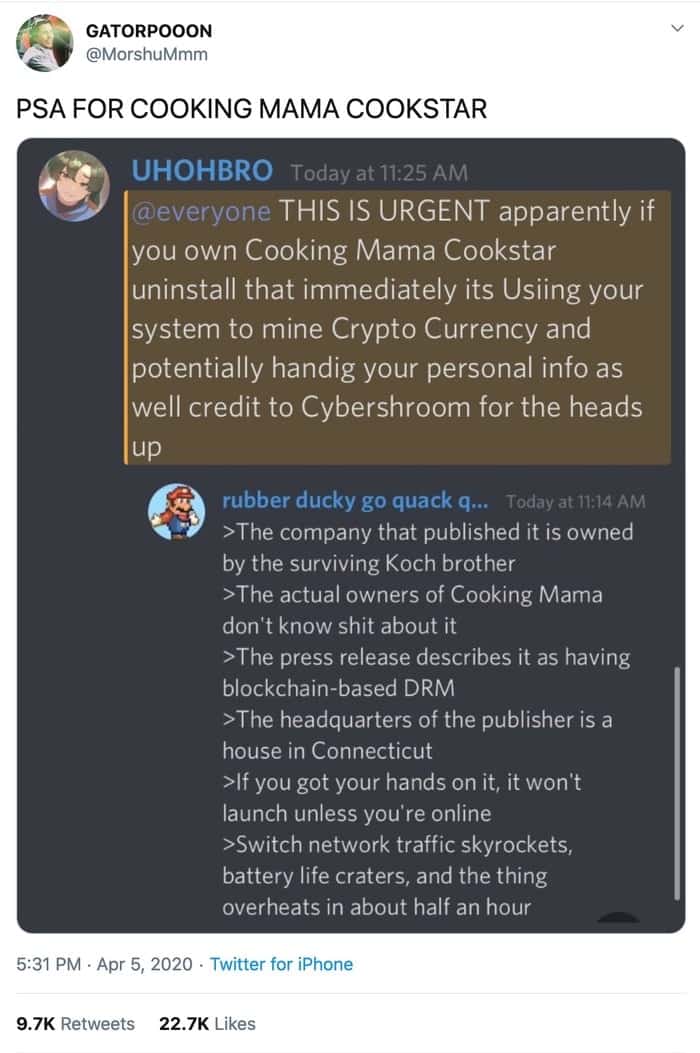 Part of the screenshot read:

Because if someone says something on Discord it has to be true, right?

Perhaps what helped add to the Cooking Mama cryptomining conspiracy was a press release put out by the game’s developers last year, which referenced that the game would include Blockchain technology:

In fairness, just about every other press release put out in 2019 mentioned Blockchain. And they were all bullshit.

Thankfully, there are often experts we can turn to for advice – rather than just repeat rumours shared by our gaming buddies. Nintendo fanatic and reverse engineer Simon Aarons took to Twitter to share that he had found no evidence of there being a cryptominer hidden inside inside Cooking Mama: Cookstar’s code.

Meanwhile, the official Cooking Mama: Cookstar Twitter account poured cold water on the flames, denying that there was any cryptomining code hidden inside the video game:

The internet is alive with rumors that Cooking Mama: Cookstar contains hidden cryptocurrency/blockchain capabilities that are causing the Switch to overheat. This is absolutely incorrect.

At Planet Entertainment, we explored both blockchain technology and cryptocurrency tokens.

We looked at these options as a means to allow players to trade in-game assets. However, we only explored the theory behind the concept, not the implementation. Cooking Mama: Cookstar, nor any of our other titles in the past or near future will utilize crypto technology.

The game’s developers say that they hope the game will be available for digital download again soon.

Crazy rumours abounding via the internet are nothing new, of course, whether it be conspiracy theories about 5G technology supposedly helping spread Coronavirus or cryptomining cooking games.

Don’t trust everything you read on the internet.