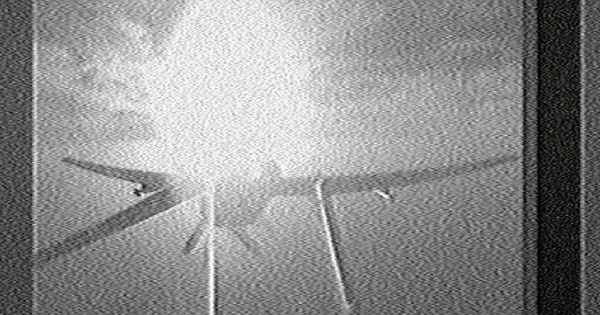 Drones are the subject of the latest scoop from The Intercept, based upon documents handed over to them by NSA whistleblower Edward Snowden.

Under a classified program code-named “Anarchist,” the UK’s Government Communications Headquarters, or GCHQ, working with the National Security Agency, systematically targeted Israeli drones from a mountaintop on the Mediterranean island of Cyprus. GCHQ files provided by former NSA contractor Edward Snowden include a series of “Anarchist snapshots” – thumbnail images from videos recorded by drone cameras. The files also show location data mapping the flight paths of the aircraft. In essence, US and British agencies stole a bird’s-eye view from the drones.

Of course, if the US and British intelligence agencies were capable of targeting Israeli drones and stealing data from them, then it’s not hard to imagine that similar techniques could have been used by others to intercept the data streams used in drone communications. 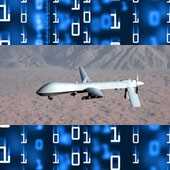 Sure enough, that appears to have been precisely what has been happening.

In 2009, for instance, the Wall Street Journal reported that a cheap piece of software called SkyGrabber may have been used to intercept live videos from Predator drones flown by the United States, and that footage was found on laptops belonging to Iraqi militants.

Of course, intercepting data and video footage sent by drones is a whole different threat from hackers hijacking drones and feeding them unauthorised commands.

Imagine the damage that potentially could be caused if malware was ever to infect the control systems used by the United States Air Force to fly Predator and Reaper drones. As if that would ever happen…

Somewhat surreally, some of the hacked images from Operation Anarachist will form part of an exhibition by Laura Poitras, opening at the Whitney Museum of American Art in New York later this week.

Perhaps slightly less surreally, Dutch police are reported to be investigating imaginative ways to counter the problem of drones (albeit not the type which are likely to be carrying weaponry) with a little help from an eagle.

Now, if I could train an eagle to also poop on the head of people wearing Google Glasses then I might have just decided on the new family pet…

6 comments on “Two different ways to attack a drone”