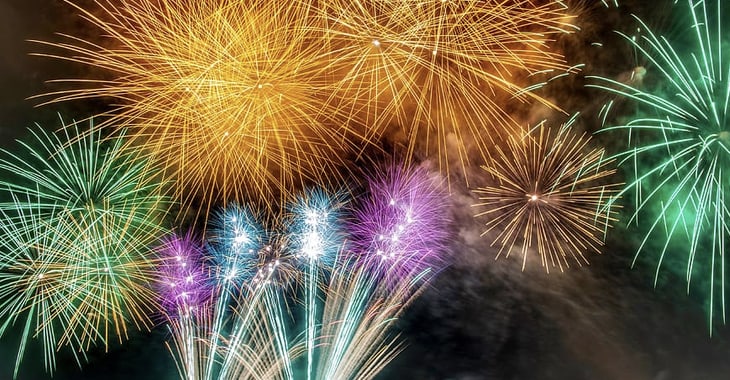 The seventh annual European Cybersecurity Blogger Awards, sponsored by Qualys and powered by Eskenzi PR, will be announced on Tuesday 2 June 2020. And the public has a chance to have its say about who should win!

For the first time ever – and for understandable reasons – the event will be online-only rather than at a glittering glamorous location above a London pub.

Despite the awards being called the European Cybersecurity Blogger Awards they actually honour people who work in different areas – including Twitter, podcasts, Instagram, YouTube, as well as traditional blogs, recognising folks who have made a positive contribution to the community.

I’ve been honoured to win a number of these awards for my blog over the years, and for the latest two years “Smashing Security” – the podcast I co-host with Carole Theriault – has been named the best cybersecurity podcast.

This year “Smashing Security” and I have been nominated for the following awards:

“Smashing Security” has been nominated in this category, but seeing as we’ve podcasting since December 2016 it feels wrong to ask anyone to vote for us. So don’t! Vote for one of the other more recently-launched podcasts instead!

“Smashing Security” is up for an award here, and we would love it if you voted for us. However, there is some very strong competition – so we won’t be too upset if we don’t take home the trophy.

What am I saying? We’ll be gutted…

This website is up for an award here, and obviously it would be lovely to win it. However, there are some other great blogs on the shortlist, so you should check them out too.

Most Educational Blog for User Awareness

I won this award for my website way back in 2015, and have been nominated a number of times since. There are some other great candidates for the award this year, so you should probably check them out.

Again, this website and “Smashing Security” are competing for the same award here.

I’ve been nominated for the “Most Entertaining blog” award at the EU Security Blogger Awards on four occasions, but never won it. Always the bridesmaid and never the bride. The message here is that I’m not as funny as I like to think I am. Funny looking perhaps, but not funny writing.

If you find the “Smashing Security” podcast amusing though (presumably for Carole’s contribution rather than mine) then we’d love to receive your vote. Lots of other great nominations there too that you should check out.

I do love Twitter (join 110,694 others and follow me at @gcluley – Lordy, that’s shameless…), but there are some amazing other tweeters who probably deserve the recognition more than me.

Both I and the “Smashing Security” podcast have been shortlisted in this category. Thanks to everybody who nominated us for what is probably the most prestigious award of the bunch.

I was hugely honoured to win this award last year, so I’m not expecting to win it again. Take a look at the candidates and choose your favourite.

You have until 11 May 2020 to cast your vote online. Only one vote per person, and no naughtiness!

Well done to everybody who has been shortlisted for an award – it’s an incredible achievement and proves what a great cybersecurity community we have.