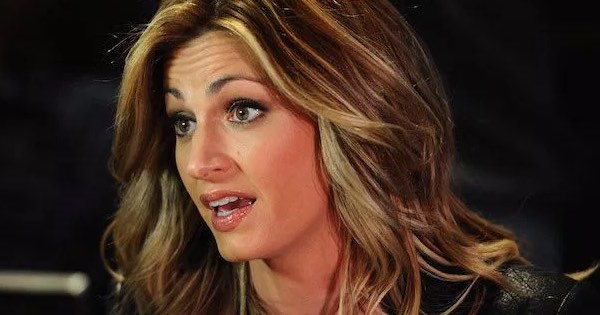 US sports reporter Erin Andrews had a ghastly experience in the summer of 2009.

A naked video of Erin Andrews, filmed furtively the year before through a hotel room peephole, was published online.

Andrews didn’t know she had being filmed by stalker Michael David Barrett, and you can imagine how wretched she must have felt to discover that not only was a weirdo snooping on her, but that recordings he had taken were now being shared with the world.

The story of the Erin Andrews peephole video ignited the internet, only adding to the reporter’s trauma. Imagine how horrible it must feel to have everyone hear your name and instantly think of *that* video.

US sports broadcaster Erin Andrews has been awarded $55 million (£39m) after she was secretly recorded nude in her hotel room by a stalker.
After a day of deliberations, a jury found the stalker 51% to blame, leaving two hotel companies to pay about $27m.

I guess what surprises me is that the hotel where Erin Andrews was staying when she was filmed has found 49% responsible for what happened. Here’s that BBC News report again:

“Barrett, a Chicago insurance company executive, admitted targeting Ms Andrews and said he did so to make money. He posted the footage online after celebrity gossip site TMZ refused to pay for it. Barrett pleaded guilty to stalking Andrews, altering hotel room peepholes and taking nude videos of her. He was sentenced to two and a half years in prison.

It was then up to a jury to decide if the hotel owner, West End Hotel Partners, and former operator, Windsor Capital Group, should share in the blame.

During closing arguments, Ms Andrews’ lawyers alleged that Barrett tried to take all of the blame in an attempt to deprive her of any money from the suit.”

Now, I am not a lawyer, and I wasn’t in the court to hear the evidence, so maybe someone can leave a comment explaining to me why just because Barrett might not be able to pay up, that the hotel Erin Andrews was staying in should be stung with such a heavy fine?

Yes, it was possible to meddle with a door’s peephole to look the wrong way through it into Erin Andrews’ hotel room, but I would imagine that that was true (and probably still is true) in many many other hotel rooms around the world.

Not to apportion any blame on Erin Andrews of course. She should have been able to feel confident that she was unobserved in the privacy of her hotel room. But it does seem a bit rough on the hotel…

Update: A little digging around has revealed Barrett’s testimony of how he spied upon Erin Andrews, and the hotel agreed to his request to be placed in a hotel room next to her:

I needed to make a business trip to Nashville. It was just on the calendar, and so it was just a convenient time to be there.

When I checked in, it was morning, and the hotel was very busy, so they said, “The room you requested is not available.” I got something to eat . . . I went down to the restaurant. There’s a house phone in the restaurant, so I picked up the house phone and called the operator, asked, “Can I have Erin Andrews’ room?” They connected me. On the house phone it shows a room number, so I knew what room she was in.

I went to that floor, the 10th floor, I believe. I had noticed the maid was cleaning the room next to her room. That person was checking out.

So I went back to the front desk and told them, “That room is open. Can I check into that room?” They said, “Let’s check and see,” and went back. After a few minutes, they came back out, and they checked me into that room.

I went to my room. As I was coming to the room, I could actually hear her talking on the phone, so I knew it was the right room.

I dealt with some things in my room. I heard the door slam close next to me . . . saw it was her leaving her room.

I took [her door’s] peephole out, altered it, put it back in and left shortly after.

I used a hacksaw to cut off the threads, so it was basically a plug, and put it back in.

I went back to the room, and, unfortunately for both of us, I could hear that the shower was on in her room when I walked by. I waited until the shower went off. Then I pulled out the plug [on her door] and waited for the opportunity. I waited for a matter of 10 seconds. I waited for her to be visible.

Mind you, the hotel no doubt has massive liability insurance to cover claims like this – so in the end, it’s Joe Public who ends up paying the fine through higher insurance premiums.

Back in 2009, while was working at Sophos, I made a YouTube video about a malware attack which was exploiting pervs’ interest in watching the Erin Andrews’ peephole video by posing as a video report about the incident from CNN.

That video I made about the malware has been watched by over 2.5 million people.

Although I’d like to think that those were 2.5 million people who wanted to learn about malware, I suspect something like 2.49 million of them were simply hoping they would see Erin Andrews without her underwear on.

The internet. It makes low-lives of us all.