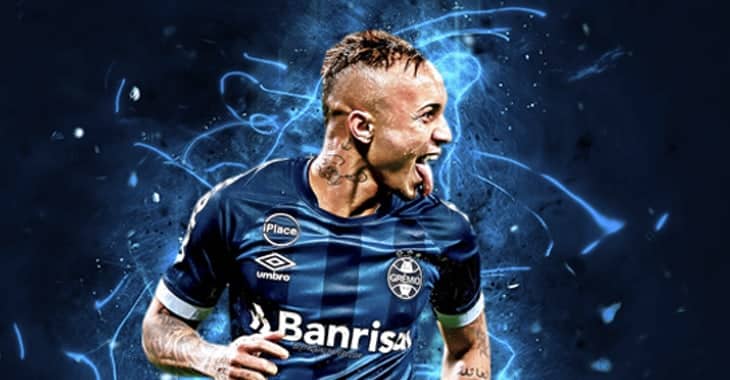 If, like me, you’re not much of a football fan, here’s what you need to know:

2. There’s a 23-year-old guy called Everton Soares, who plays for a Brazilian football club called Grêmio. He’s rather good, and also plays for Brazil’s national team. According to media reports he has been tipped to sign for Everton Football Club.

All up to speed? Good.

Friday was transfer deadline day – the last day in which an English football club can transfer players from overseas into their team.

So when a Twitter account run by Everton (the football club) – @efc_fanservices – posted a message that day claiming that Everton Soares had been signed-up it probably wasn’t that much of a surprise: 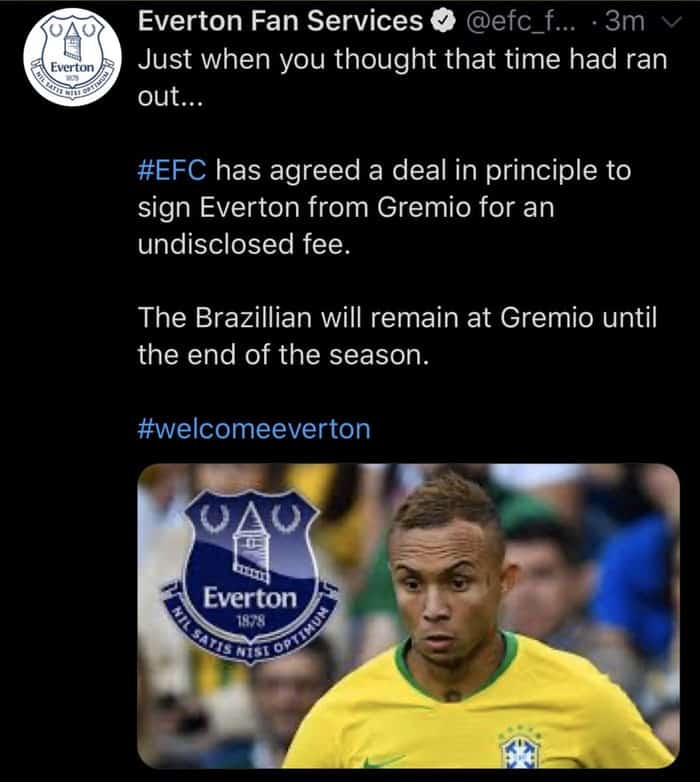 Just when you thought that time had ran out… #EFC has agreed a deal in principle to sign Everton from Gremio for an undisclosed fee. The Brazillian will remain at Gremio until the end of the season. #welcomeeverton

Funny thing was, the tweet was deleted minutes later… and, to some fans’ bemusement, the message was blamed by the club on a Twitter hack.

So, we’re supposed to be believe that a hacker compromised an official Everton Football account, and posted a message about something that had been widely speculated in the sports media… rather than pander to the hacker stereotype of posting something childish or offensive, or a link to a malicicous site.

Now, call me skeptical but… I’m skeptical. Something smells pretty fishy here. It just doesn’t seem the sort of tweet which would be posted by a malicious hacker but rather one that might have been posted by mistake.

Maybe I’m an old fuddy-duddy, but I do get annoyed when human cock-ups are easily dismissed by the throwaway excuse of “Oh, that wasn’t us. We were hacked.” If nothing else, it does rather cheapen the offence of malicious hacking.

I do hope that Everton Football Club will be investigating this security breach (which clearly could have been more serious) and identifying where it could harden its defence. If this hack occurred at all, of course.

Maybe all is not quite lost for those hoping that Everton will play for Everton. A report emerged quoting the player, saying that he had spoken to Everton’s coach about the possibility of joining the team:

Maybe fans will just have to wait until the next transfer window to see if their dreams come true.