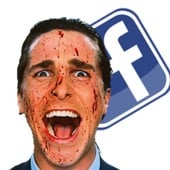 Swedish researchers claim that your Facebook posts can reveal your personality traits, including whether or not you have psychopathic tendencies.

In a study conducted by researchers from Lund University in southern Sweden and Sahlgrenska Academy in Gothenburg, the status updates of 300 American Facebook users were analysed, alongside personality tests.

The Facebook users were given conventional personality tests, but also asked to submit a selection of status updates. The Facebook status updates were analysed using an algorithm developed by Lund University psychology professor Sverker Sikström, measuring the significance of words.

The status analyses could indicate which Facebook users demonstrated psychopathic and narcissistic personality traits in the personality tests,” Danilo García, a researcher at the Centre for Ethics, Law and Mental Health at Sahlgrenska Academy, said in a statement.

He added that those with a psychopathic personality posted “negatively charged or odd formulations more often”, including entries about prostitutes, decapitation, pornography and butchers.

And there I was thinking that posting status messages on Facebook about prostitutes, decapitation and pornography was an indication of perfectly healthy behaviour…

Sikström says that the fact that Facebook users compete for attention on the site, may actually result in some social networkers revealing “more of their dark side”.

“Even if you show psychopathic personality traits on Facebook, that doesn’t automatically mean you are a psychopath,” he said

Oh good. That’s a relief. I’ll go back to posting about butchers and prostitutes then.

As ever, my advice (whether you are a psychopath or not) is to be very careful what you post on any social network, and who you share it with.