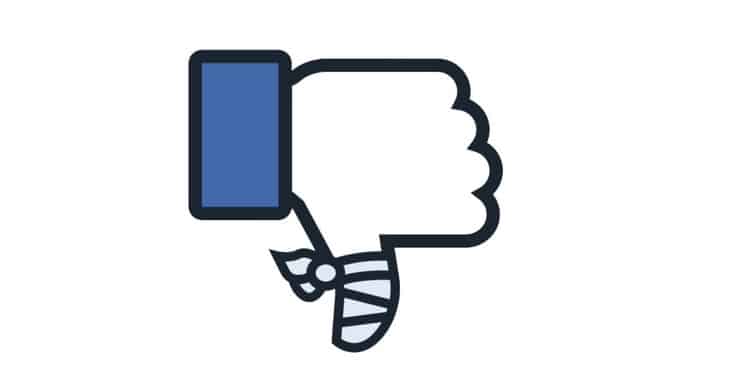 Well, this is embarrassing. 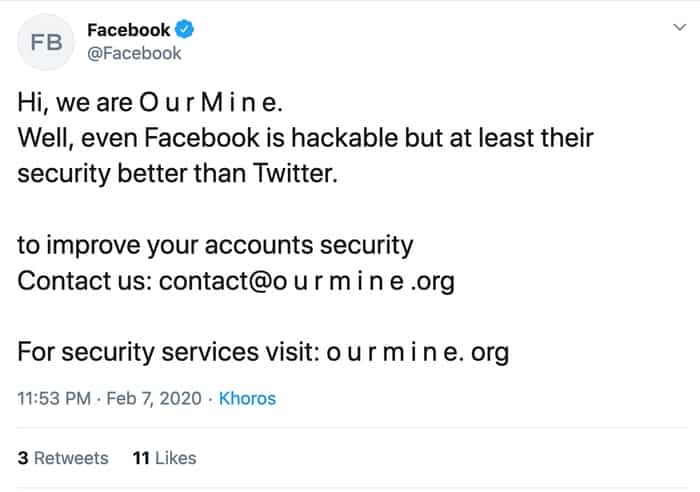 Hi, we are O u r M i n e.
Well, even Facebook is hackable but at least their security is better than Twitter.

OurMine is the same hacking gang which hijacked the social media accounts of 16 NFL teams just last month, and has previously hijacked the Pinterest account of Mark Zuckerberg, and the Twitter accounts of Sony Playstation chief Shuhei Yoshida, HBO, TechCrunch, and FC Barcelona amongst others.

From the looks of things, OurMine compromised Facebook’s Khoros account and used that to post the unauthorised message to the social media giant’s Twitter account. Khoros is a platform used by big brands to manage their social media engagement and err.. clearly, in the case of Facebook’s Khoros account at the very least, it wasn’t properly secured.

Thankfully OurMine has a history of being more interested in mischief than malice. They could so easily have tweeted out a phishing link or directed Facebook fans towards a site harbouring malware.

I wonder if the OurMine group deliberately timed its attack for a Friday evening when they might have imagined there would be less staff standing by to try to fix the problem. As it is, the messages appear to have been deleted within minutes of their appearance.