Tonight in the UK, Channel 4 will be showing a Dispatches documentary investigates the mysterious underground industry which generates fake Facebook fans for well-known brands and celebrities.

And what may surprise some people is that household names have paid money to have fake Facebook fans follow their social media activity and share their posts.

The one hour special, titled “Celebs, Brands and Fake Fans”, explores the tricks used by marketing teams to boost their presence on social media by buying fake Facebook ‘Likes’ and YouTube views, and visits the backstreets of Bangladesh to film undercover at ‘click farms’.

Here is the trailer for the documentary:

Film-maker Chris Atkins visited me back in February when I was still working at Sophos, to interview me for the TV programme.

He showed me the undercover footage he had collected of the click farms where workers in dingy rooms, being paid as little as $120 per year, endlessly logged into Facebook accounts, clicked a couple of buttons, logged into another account, and so on… and so on…

If these people were making cheap clothes for sale in Western shops it would be described as a sweatshop. So, should we feel any differently when it’s Western money supporting social media chicanery?

There are concerning similarities with the malware business too. The people running the click farms in Dhaka, Bangladesh explained how, for a different price, they could automate the process using hundreds and thousands of bogus accounts – all run from one central computer.

Of course, it’s quite possible that the celebrities and well-known companies don’t know that many of their fans are fake, and their social media activity a damp squib.

I can easily imagine that a marketing team, under intense pressure from their bosses, might willingly turn to a social media agency who promise the “secret sauce” for social media engagement without asking enough questions about exactly *how* they will generate legions of new fans for a product.

Or maybe some staff are aware, but turn a blind eye because at least it keeps the company’s management happy that their Facebook page has enough likes.

But there is a real danger that the public are being duped by the fakery, and might think that one product is better than another because of the number of fans or followers which it has (perhaps suspiciously) accumulated.

Furthermore, there’s potential damage for the corporate brands. After all, what kind of damage would be done to a company or celebrity’s image if it became public knowledge that they had had to *pay* for fans rather than generate them naturally because what they are offering is actually any good?

Also, what does it say about Facebook if it hasn’t managed to firmly shut the door on such fakery and its advertisers are misled into believing that their campaigns on the social networking site are more popular than they really are?

I haven’t seen the finished documentary, but in a follow-up article I will write more about just how automated the “fake fan” business has become on Facebook in particular. 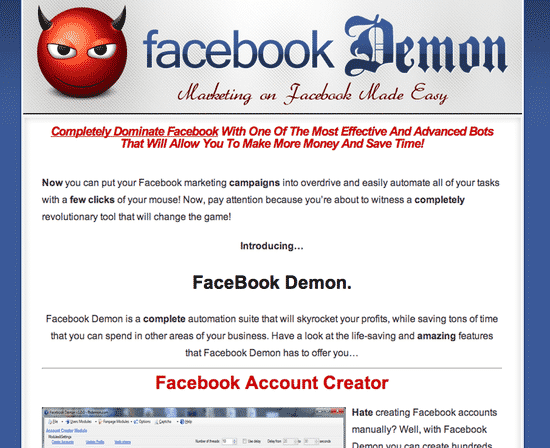 If you’re in the UK, you can watch the Dispatches documentary “Celebs, Brands and Fake Fans” on Channel 4 at 8pm on Monday, 5th August 2013.