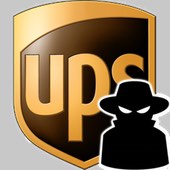 Windows users are advised to be on their guard, after a new malware campaign was spammed out posing as an email from UPS.

Of course malware being distributed disguised as notifications from delivery firms like UPS, Fedex and DHL are nothing new – but that’s never going to stop criminals from using the technique to trick unsuspecting computer users into clicking on attachments.

After all, if it’s working for them why should they change their tactics?

Here is an example of a typical email that has been spammed out in the last 24 hours, with an infected Word Document attached. 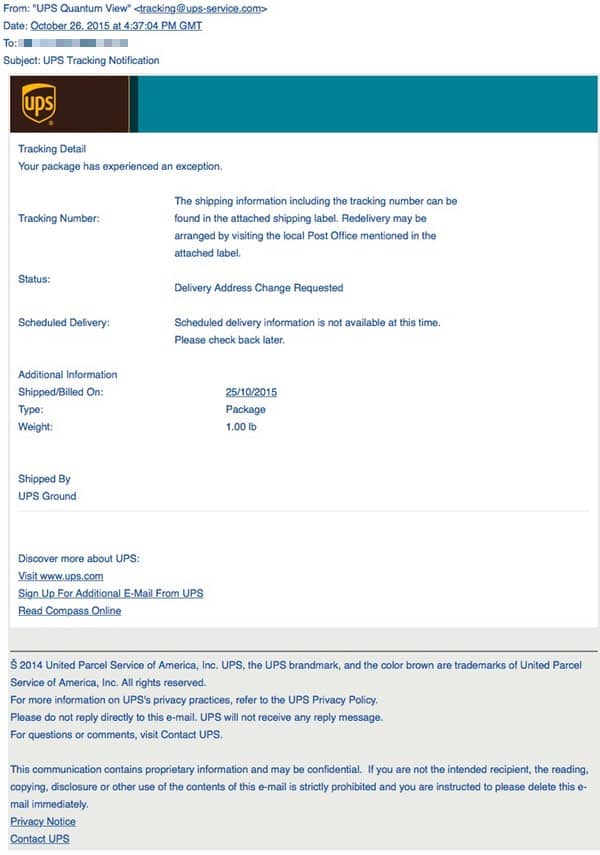 Part of the email, which has the subject line “UPS Tracking Notification”, reads in part:

Your package has experienced an exception.

Tracking Number:
The shipping information including the tracking number can be found in the attached shipping label. Redelivery may be arranged by visiting the local Post Office mentioned in the attached label.

Simply receiving the email won’t infect your computer, but if you open the .DOC file attached then your system could be put at risk from a Trojan horse embedded as an OLE object, which in turn attempts to download further malicious code onto your PC.

Of course, you are more likely to fall for this social engineering trick if you regularly use UPS, or are expecting a parcel to be delivered. But even if you don’t, it’s easy to imagine how many people wouldn’t think twice about clicking on an attachment in what appears at first glance to be a legitimate communication.

The important thing is to learn to *always* be wary of opening unsolicited attachments, as they could be designed to infect your computer.

You can see what some security products are detecting the malware as in this VirusTotal report. Hopefully more products will be adding identification of the malware in the coming hours.