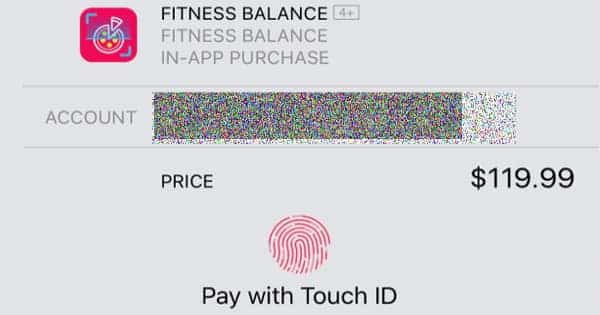 As researchers at ESET describe in a blog post, iOS apps called “Fitness Balance” and “Calories Tracker” claim to put you on the course to fitness, by helping you calculate your BMI, remind you to drink water more often, and track your calorie intake.

However, the true aim of the apps appears to be to trick unsuspecting users into approving payments of over US $100.

Upon start-up of the apps, users are requested to scan their fingerprint in order to “view their personalized calorie tracker and diet recommendations.” 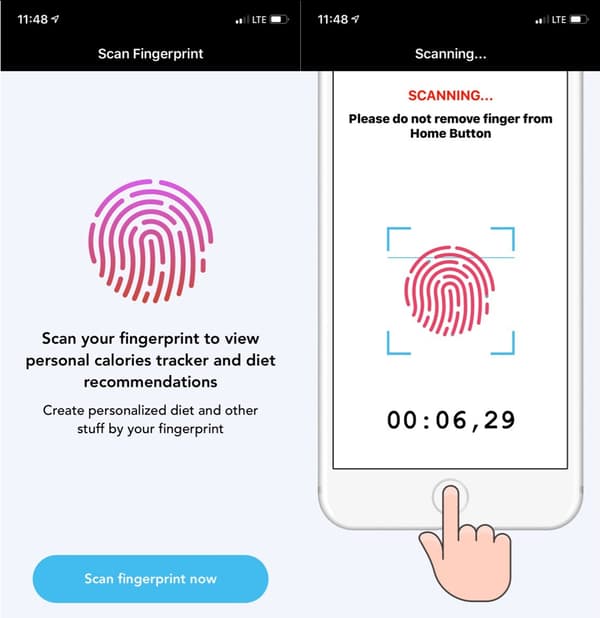 Which means – of course – that if your finger is still touching the fingerprint scanner – you’ve probably just approved the payment. Ouch! It’s not your body that’s losing weight, it’s your wallet. 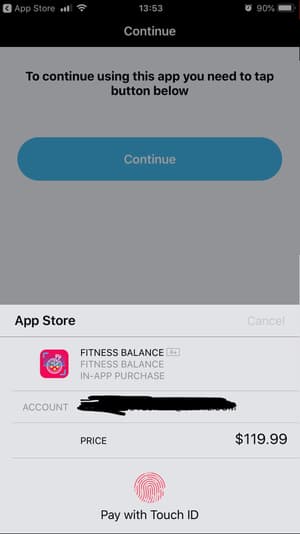 Both “Fitness Balance app” and “Calories Tracker app” have now been removed from the App Store, but questions should be asked as to how Apple’s vetted app store allowed these dodgy apps into their marketplace in the first place.

My guess is that if two apps have tried this scam, there may be others attempting it too.

One defence is to not have a credit or debit card directly connected to your Apple account, but frankly – you’re likely to find that more of a nuisance than it’s worth.

So, if you feel you have been sneakily tricked into making an in-app purchase your best bet may be to complain to Apple and request a refund.

For more discussion on this issue be sure to check out this episode of the “Smashing Security” podcast:

Smashing Security #107: 'Sextorting the US army, and a Touch ID scam'