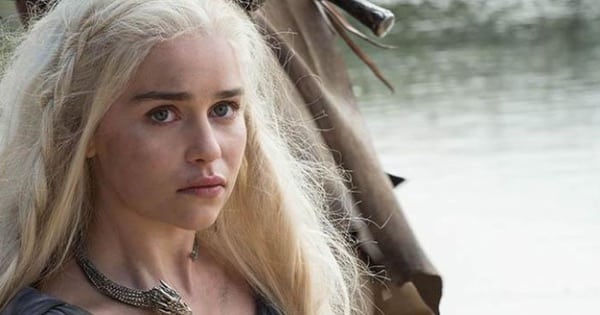 Hit “boobs-and-dragons” TV show “Game of Thrones” was hit by hackers at the end of last month, who claimed to have stolen 1.5 terabytes of data from entertainment company HBO.

The hackers sent out a message to reporters, crowing about their haul:

“Hi to all mankind. The greatest leak of cyber space era is happening. What’s its name? Oh I forget to tell. Its HBO and Game of Thrones……!!!!!! You are lucky to be the first pioneers to witness and download the leak. Enjoy it & spread the words. Whoever spreads well, we will have an interview with him. HBO is falling.”

In a statement to Entertainment Weekly, HBO confirmed that it had suffered a security breach:

“HBO recently experienced a cyber incident, which resulted in the compromise of proprietary information. We immediately began investigating the incident and are working with law enforcement and outside cybersecurity firms. Data protection is a top priority at HBO, and we take seriously our responsibility to protect the data we hold.”

HBO has obviously worried about the potential for hackers to steal show secrets in the past, having forced “Game of Thrones” actors to use two factor authentication to protect their email accounts.

Last Friday things ramped up a notch, as the “Game of Thrones” episode scheduled to be broadcast on Sunday (Season 7 episode 4), was made available at various online locations including Google Drive and The Pirate Bay, and the links publicised on Reddit.

Curiously, The Verge reports that sources familiar with the episode’s leak claim that it is not related to the earlier breach. A potential clue to the leaked episode’s origin might lie in the fact that the video contains the watermark of HBO’s distributors in India, Star India.

But in recent months hackers seem to have found it all too easy to steal content from TV production companies and their partners because of lax security.

In some cases the breaches have been accompanied with ransom demands from the hackers, as occurred with the likes of episodes of “Orange is the New Black” leaked online.

Oh, and it should go without saying that you should be wary of allowing your fan frenzy to override your common sense. In the past, online criminals have disguised malware using the disguise of tempting downloads.

For further discussion on the HBO hack, make sure to listen to this episode of the “Smashing Security” podcast: