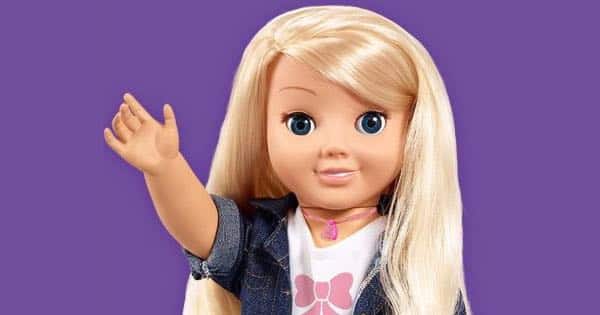 A German privacy watchdog is urging parents to destroy My Friend Cayla, a doll which has a knack for collecting private information about its owner.

Germany’s Federal Network Agency, which is known as “Bundesnetzagentur,” issued the warning after a student named Stefan Hessel raised the alarm about Cayla and her devious ways.

Hessel, who studies at the University of Saarland, says Cayla’s speaker and microphone system are vulnerable to external attacks. As he told the German website Netzpolitik.org (and rendered in English by Google Translate):

“There are decisive reasons for the fact that the doll is a prohibited broadcasting system in the sense of § 90 Telecommunications Act. Each bluetooth capable device within a range of about ten meters can connect to it and use speakers and microphone. In an attempt I had access to the doll over several walls. There is no built-in fuse.”

The notion that Cayla can function as an eavesdropper from several rooms away – or even allow others to talk to whoever’s playing with it – is just the latest issue to plague this doll. Let’s not forget the Electronic Privacy Information Center (EPIC) filed a complaint against Cayla and i-Que Intelligent Robot, another toy made by a Los Angeles manufacturer called Genesis, for their ability to “record and collect the private conversations of young children without any limitations on collection, use, or disclosure of this personal information.”

Analysis performed on Cayla, i-Que, and Hello Barbie, another dolly with serious privacy flaws, found that the toys send their conversations with children to a speech recognition company. These toys also have the ability to share “personal data” with “vendors, consultants, and other service providers.” But none of the toys’ terms specify the types of information of which that data can consist.

Genesis Toys has yet to comment on the warning issued by Germany’s official watchdog. I’m sure it’s not jumping at the bit to do so. But if it hopes to repair customer relations with concerned parents, it better say something soon.

In the meantime, parents everywhere should consider not purchasing My Friend Cayla. If their children already own one, they should tell them Cayla is moving to a different country and then think of creative ways to destroy her, like running her over with a car. Be innovative, but please be safe in whichever method you choose.