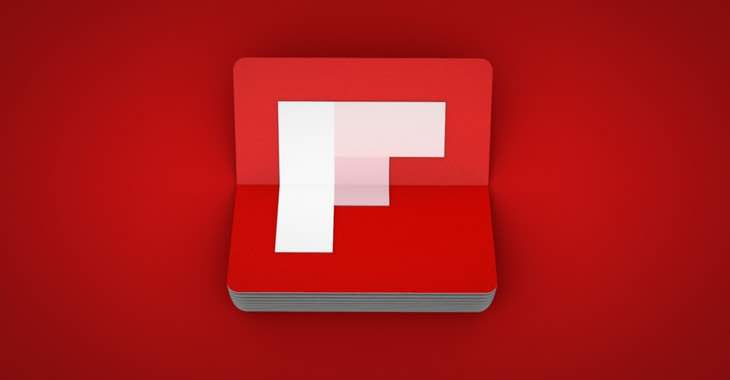 Flipboard has published a notice on its website about a “security incident” (a term companies prefer to use rather than simply saying they’ve been hacked).

Users have received an email from Flipboard, telling them that their passwords have been reset. The next time users login they will asked to create a new password. 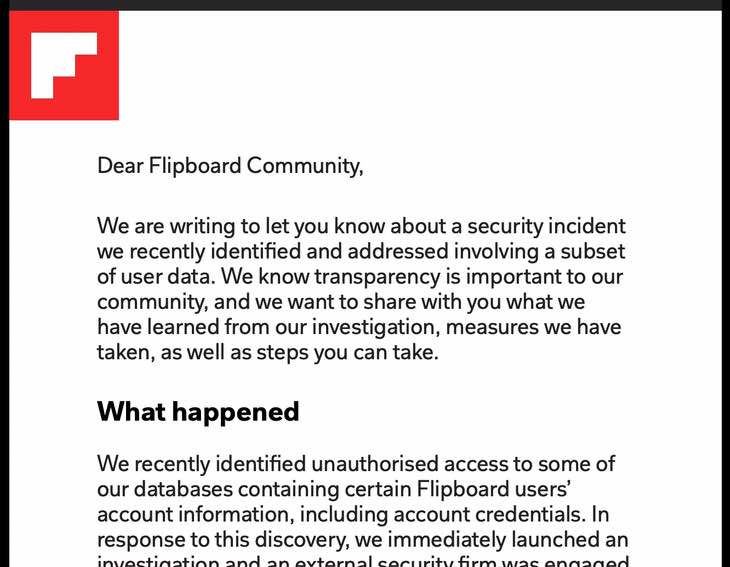 Obviously it makes sense for users to also ensure that they are not using the compromised password anywhere else on the internet. As we discuss time and time again on this site, you should never reuse the same password in different places. If your puny human brain isn’t capable of remembering lots of unique, complex passwords then you’re in the same boat as me – use a good password manager instead.

Considering that email addresses may also now be in the hands of the hackers, users would be wise to look out for phishing emails which may purport to come from Flipboard.

From the sound of things, Flipboard switched from using the SHA-1 hashing algorithm for password storage to bcrypt, which is held in higher regard, in 2012:

Frankly it might have been a good idea for Flipboard to have forced users to reset their passwords back in 2012 when they introduced the stronger hashing algorithm, rather than allowed older weaker-protected passwords to persist for so many years.

Flipboard says it has notified law enforcement about the security breach.