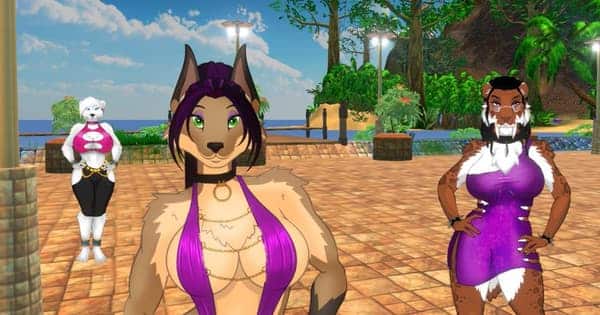 As BBC News reports, once again an adult website has been breached, exposing the personal information of its subscribers.

The website in question is High Tail Hall (also known as HTH), a online fantasy role-playing game where participants can dress up as buxom furry animals.

I say “dress up”, but from the little I’ve seen of the site it seems that not everyone finishes getting dressed and in all likelihood you’ll find yourself chatting to a scantily-clad polar bear or a hermaphrodite cat.

I’m not here to judge your sexual peccadilloes, as long as you’re not hurting anyone.

But I would imagine that the leak of 411,755 customer records could potentially be embarrassing for people who didn’t want their friends, colleagues, and loved ones to know about their taste for furries. HaveIBeenPwned has got its hands on the data, which appears to date from late August 2018, and includes members’ dates of birth, email addresses, phone numbers, physical addresses, usernames, purchases and salted password hashes.

For its part, HTH Studios says it has since overhauled its security systems and is advising users to reset their passwords “just to be safe”.

No financial data is said to have been compromised.

But when an X-rated website like this gets hacked these aren’t the only issues you should be concerned about.

Hacks like this can have a very real impact on people’s lives and relationships which can prove to be much more devastating than just having your personal information stolen.

We know from the infamous Ashley Madison data breach that online criminals have no qualms about blackmailing users who may not want their loved ones or employers to know that they were members of a controversial site.

I’m sure just as many people would be embarrassed to admit their peccadillo was for interactive furry erotica as they would to admitting they joined a website in search of an affair.