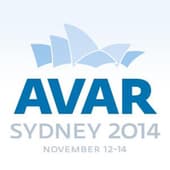 If you’ve never been to an AVAR (Association of anti-virus Asia researchers) conference then I can highly recommend it – some of the world’s leading security experts meet to discuss the latest technical developments in malware, and how to protect against them.

The conference takes place in a different country each year (in 2015 it will be in Vietnam), and over the years has seen many interesting technical papers from researchers across Asia and Australasia.

Last week I was honoured to give the keynote speech at the AVAR 2014 conference in Sydney, Australia. 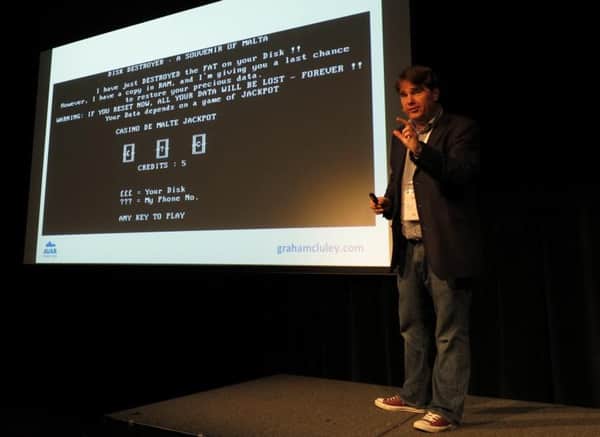 I don’t mind admitting that it’s somewhat daunting to find yourself in front of some of the biggest brains in the world of anti-virus software.

Oh well, I thought… I can always warm them up with a quick rendition of the anti-virus industry anthem?

What’s that? You didn’t know there was an official anti-virus industry song?

Here it is, as captured on video by Juha Saarinen and Stilgherrian who unfortunately had a video camera hidden about their person:

I’ll be honest with you – the audience participation on that particular occasion wasn’t stellar (we had another go at the closing panel), but at least I didn’t include the third verse about John McAfee’s uneventful retirement in Belize…﻿

For those who are interested, here are the lyrics (which should be sung to the tune of “God Save the Queen”:

Despite this terrible aberration, the generous delegates of the AVAR conference were kind enough to vote me “Best speaker” for which I am immensely grateful and humbled.

Further reading: Read more about the AVAR 2014 conference in blog posts from Kaspersky Lab and AVG.