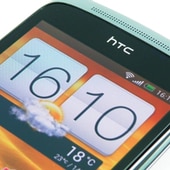 There was bad news for owners of the HTC One S Android smartphone last week, when the company revealed that it was not going to issue any more OS updates for the device.

The HTC One S was released in the first half of 2012, and praised by the technology press for its slim design and excellent battery life.

But after little more than a year, the firm behind the smartphone couldn’t care less about supporting its customers with updates for the Android OS and its custom HTC Sense user interface.

"We can confirm that the HTC One S will not receive further Android OS updates and will remain on the current version of Android and HTC Sense. We realize this news will be met with disappointment by some, but our customers should feel confident that we have designed the HTC One S to be optimized with our amazing camera and audio experiences."

Well, that’s great. I’m sure the “amazing camera and audio experiences” will alleviate any concern that users might have that their smartphione isn’t going to receive any more security patches.

How would you feel if you bought a smartphone, only to find you won’t be receiving any security updates little more than a year later? To me, it seems utterly unacceptable.

Imagine you got the phone on a standard two year contract, for instance. Yes, you can always root your device and install a custom ROM. But is that really what you expect when you spend hundreds of dollars on an expensive phone? And is it really going to be within the capability of the average user to keep their mobile phone manually updated with the latest tweaks and fixes? 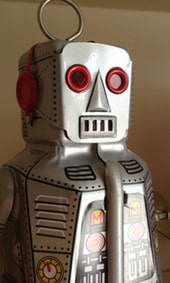 Back in 2009, I bought an HTC Android smartphone but ultimately I chucked it out because of the sheer difficulty in keeping its operating system up-to-date. If you choose to go the Android route you need Google, your cellphone service provider and your smartphone manufacturer to all agree to push out a new OS update.

Companies like HTC “roll-their-own” versions of Android, layering on their own tweaks and user interface tinsel. All that customisation adds to the complexity of issuing updates, requiring work by the hardware manufacturer and then the service providers.

But with an iPhone or iPad, all you’re waiting for is Apple to publish an update or security fix. They have total control over the hardware, and can deliver the update directly to you via the internet. The only people in the chain are Apple, as opposed to Google, the hardware manufacturer and service provider.

Of course, it’s not practical to support all hardware for ever. System requirements change as software becomes more sophisticated.

But to have the HTC One S’s lifespan limited to little more than a year seems a huge slap in the face for users, and should have potential customers thinking carefully about who they might want to buy their next phone from.

Google and Android phone manufacturers need to work harder to ensure that updates to their millions of smartphone users exist in the first place, and are then delivered in a speedy fashion.

If they don’t, we’re only going to end up with an increase number of out-of-date mobile devices which could potentially be exploited by cybercriminals.

Do you agree that it’s harder to keep Android devices up-to-date with the latest version of the operating system? Or is the problem exaggerated? Let us know your thoughts by leaving a comment below