The UK Parliament’s Culture, Media and Sport Committee has launched an inquiry “into cyber security following the recent cyber-attack of TalkTalk’s website.”

Nothing wrong with that, of course.

And the committee is inviting those with opinions to send in their submissions by November 23.

But… do you see something amiss when you go to the form where you are supposed to submit your information? 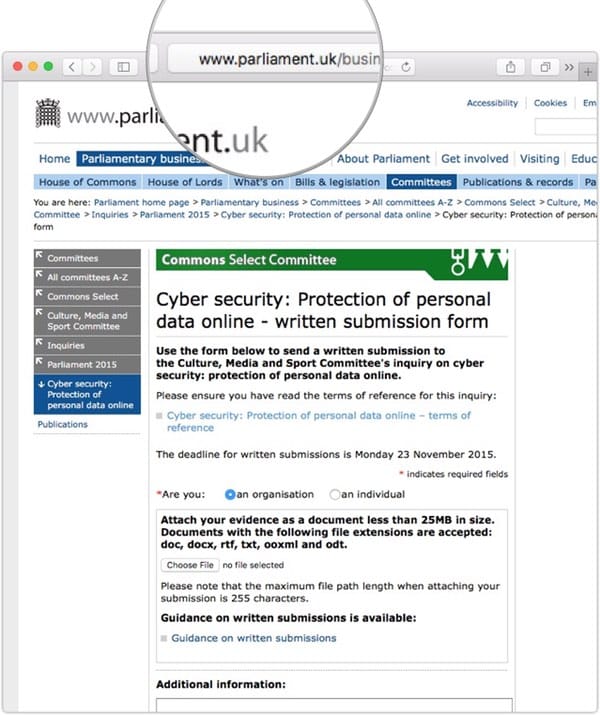 In other words, anything you enter onto the page, and the files you attach, *could* be intercepted by someone snooping on your Wi-Fi connection. So there goes your name, address, email address, phone number, as well as any other information you attached in your submission…

By the way, in case you weren’t aware, TalkTalk CEO Dido Harding is a Conservative Peer (going by the title of Baroness Harding of Winscombe).

She is married to Conservative MP John Penrose.

John Penrose was, until 2012, the Parliamentary Under-Secretary of State at the Department for Culture, Media and Sport.