Last night, I went to visit YouTube and ended up somewhere entirely unexpected.

My browser landed on what appeared to be a BBC News page instead, breathlessly claiming that you can grab an iPhone 6 for just £1. 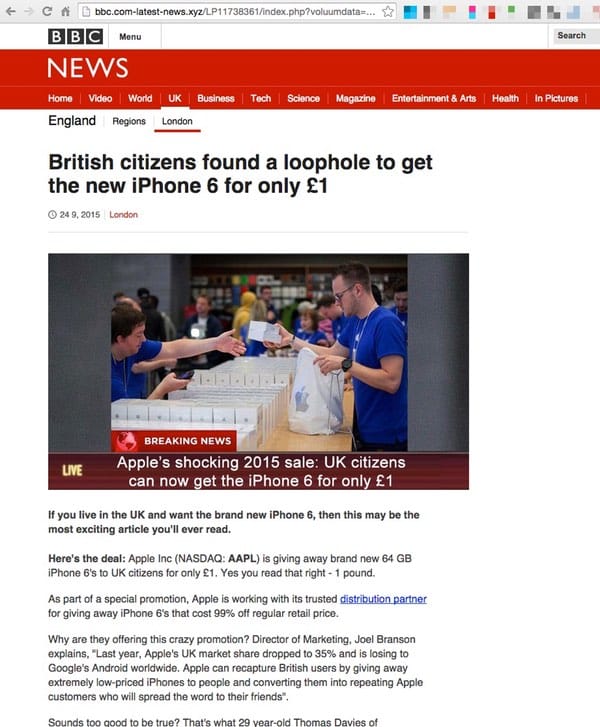 Let’s take a closer look at that BBC News page, specifically the URL. 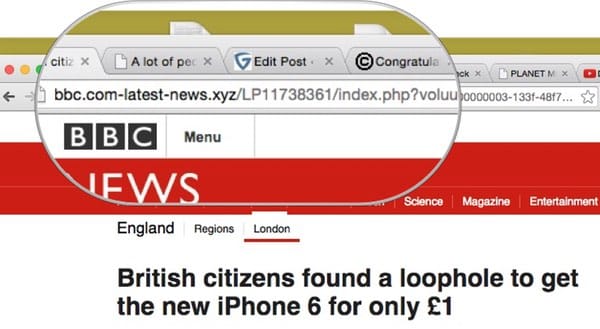 If you’re thinking, that doesn’t look like the real BBC News page’s URL… you would be right.

And if you’re also thinking that it’s highly unlikely that it’s possible to get an iPhone 6 for just £1, then you have just won yourself a golden badge for skeptical excellence.

I was thinking both of these things too. But most of all, the one thought I had running through my head was:

Sh*t. Has something messed with my computer?

As it turned out, my computer was just fine. And YouTube’s own website hadn’t been meddled with either.

The problem was that I’d never actually made it as far as YouTube’s website because my fingers had fumbled when I had typed the URL.

I meant to type youtube, and I had actually typed yotuube instead (don’t visit it, please).

It seems that Google never grabbed that particular domain, and some rot-bag realised that he’d probably make a reasonable amount of affiliate cash delivering the traffic of keyboard fumblers like me via a number of website redirects to survey scams offering implausible prizes.

I have visited the URL numerous times, and been taken to a variety of destinations on the web (some claim to be the BBC, or a bogus CNN news report, or an offer of free supermarket vouchers).

But the common thread is that you are directed to complete a survey, or participate in an online contest.. all with the aim of signing you up for a costly premium rate mobile phone service. 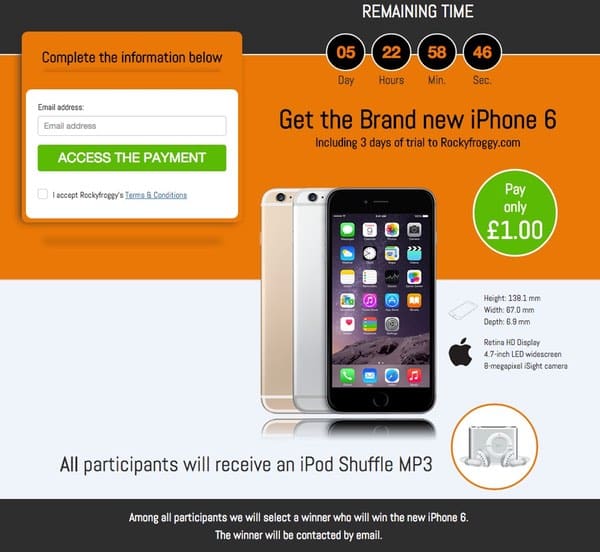 In the case of the BBC News “story” about a way to grab an iPhone 6 for just one quid, the scammers use some typical tactics to trick you into thinking you had best act fast: 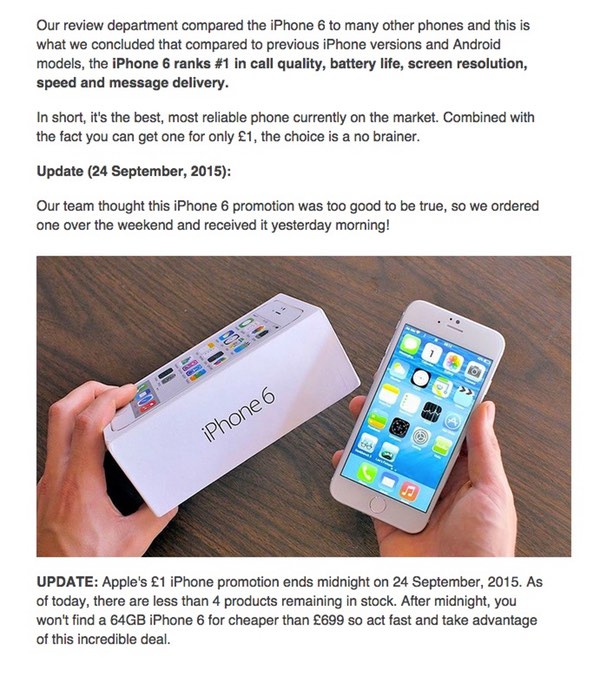 UPDATE: Apple’s £1 iPhone promotion ends midnight on 24 September, 2015. As of today, there are less than 4 products remaining in stock. After midnight, you wont find a 64GB iPhone 6 for cheaper than £699 so act fast and take advantage oi this incredible deal.

The scammers could just as easily take your web browser to poisoned webpages carrying a drive-by download designed to exploit vulnerabilities on your computer, and earn their cash that way.

Take care out there folks.