Meet the Raspberry Pi, the really rather brilliant hobbyist computer that takes up about as much space as a credit card.

This, actually, is the newly-announced Raspberry Pi 2, which has a faster processor and more memory than its earlier incarnation, whilst still retaining a super-low price. 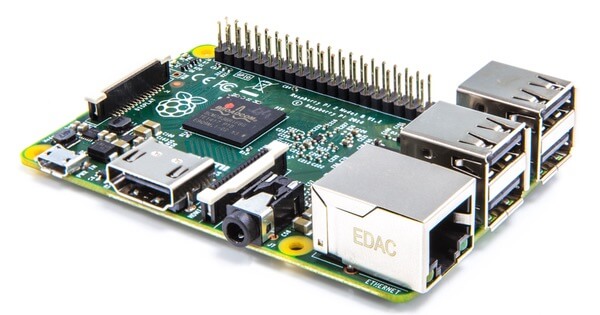 You see, it has been discovered, that there is a very unusual way of crashing the Raspberry Pi 2.

Raspberry Pi devotee Peter Onion discovered the problem when he proudly took a photograph of the brand new Raspberry Pi 2, as he described on the official forum:

I have discovered that my PI2 is camera-shy !

Taking it’s picture with a flash causes an instant power off !

First two times I didn’t realise what had happened as I wasn’t looking at the screen at the time and only noticed a few minutes afterwards.
Third time I did it just to watch the screen…. Instant power off…..

It turns out that it’s not actually the taking of a photograph which can crash the Raspberry Pi 2, but instead if light from a high intensity flash or laser pointer strikes a particular component on the circuit board.

As this oscilloscope reading on the Raspberry Pi blog shows, there is a dramatic drop in power when some makes of camera flash trigger: 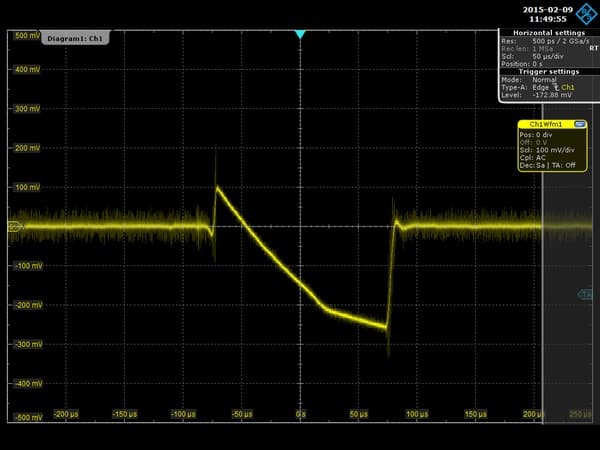 Guilty parties are said to include the Samsung Galaxy K Zoom smartphone and the Canon Ixus 60 camera.

Meanwhile, the boffins behind the Raspberry Pi 2 have told users not to panic, as no permanent damage is said to occur:

We have found no evidence that ‘flashing’ your Pi2 with a xenon flash can cause any real damage, but we still don’t recommend doing it (it will crash or reboot, and this means you may corrupt your SD card). I’ve said it above, but it bears repeating, because I’ve seen some of you mention this in the forums and in comments sections elsewhere: common everyday light sources – e.g. bright sunlight, indoor lighting, angry cyclists* – don’t cause this to happen, so please don’t worry!

Mind you, if you were relying on your Raspberry Pi 2 chugging away hard at work for you (they are normally very reliable) – you might be a bit miffed that it has got its knickers in a twist because of a camera flash.

So, if you are at all worried, you might want to resort to the solution used by one enterprising user – a piece of strategically-positioned Blu-tac: 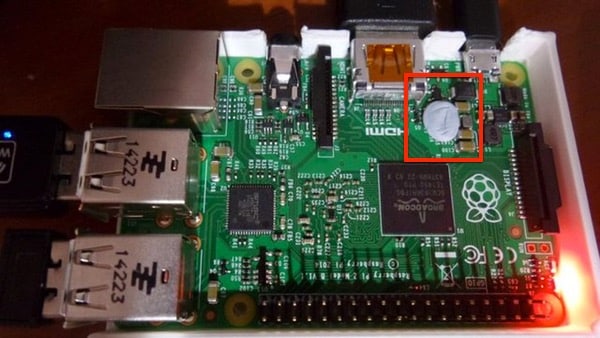