Bad luck if you’re one of the users (apparently PRISM whistleblower Edward Snowden is one of them) of Lavabit, the online email service designed with privacy and security in mind.

It has abruptly decided to close its doors, claiming that it has been forced to do so rather than become “complicit in crimes against the American people.” 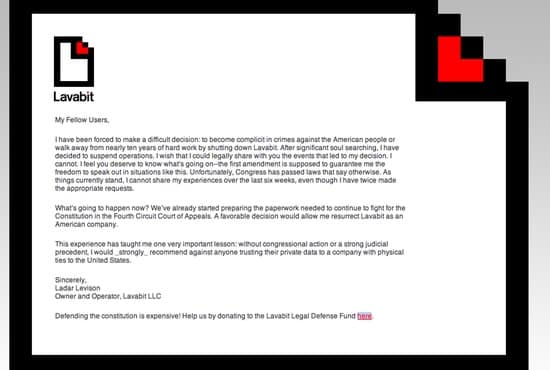 Here is the company’s message in full:

I have been forced to make a difficult decision: to become complicit in crimes against the American people or walk away from nearly ten years of hard work by shutting down Lavabit. After significant soul searching, I have decided to suspend operations. I wish that I could legally share with you the events that led to my decision. I cannot. I feel you deserve to know what’s going on–the first amendment is supposed to guarantee me the freedom to speak out in situations like this. Unfortunately, Congress has passed laws that say otherwise. As things currently stand, I cannot share my experiences over the last six weeks, even though I have twice made the appropriate requests.

What’s going to happen now? We’ve already started preparing the paperwork needed to continue to fight for the Constitution in the Fourth Circuit Court of Appeals. A favorable decision would allow me resurrect Lavabit as an American company.

This experience has taught me one very important lesson: without congressional action or a strong judicial precedent, I would _strongly_ recommend against anyone trusting their private data to a company with physical ties to the United States.

Defending the constitution is expensive! Help us by donating to the Lavabit Legal Defense Fund here.

The message is vague about what exactly the US authorities have demanded on Lavabit, and the email firm is claiming that it is being gagged from discussing what is going on. 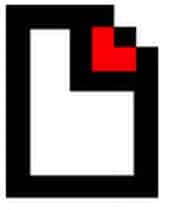 However, it wouldn’t be a surprise if anyone looking on from the outside assumes that pressure has been put on Lavabit to compromise its promise to users about privacy – perhaps requesting access to specific communications such as those of NSA leaker Snowden, or giving the authorities a backdoor into the encrypted communications of others, tapping communications to allow for easier surveillance.

It’s bad luck for anyone who was relying on the Lavabit service for their sensitive communications, as they can no longer access their emails.

However, they might view that as the least worst option in the long run rather than continuing to use a service that may become compromised.

Clearly Lavabit believes that it is serving its users best by shutting down its systems for now, until or unless it can find an alternative way out of its legal tangles.