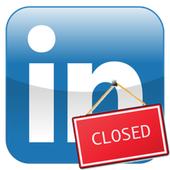 When LinkedIn introduced a new service called Intro in October last year, I made my opinion pretty clear: “No thanks. My email security is too important”.

The good news is that LinkedIn announced today that it will be shutting down Intro next month, little over four months after it was introduced.

If you remember, the business networking website announced LinkedIn Intro as “doing the impossible on iOS”, injecting HTML code into the top of the emails you receive on your iPhone so you could view someone’s LinkedIn profile alongside the message they have sent you.

But this “feature” came at a huge cost for privacy. Because to get it to work, LinkedIn required you to change the settings of your iPhone so that rather than it connecting to your email provider’s servers (Gmail, Yahoo, etc) it would connect via LinkedIn’s proxy server insted.

And that meant that LinkedIn would be acting as a man-in-the-middle for all your email conversations.

Maybe you were happy with the idea of sharing all of your communications with the company which lost the passwords of over six million users and scooped up the contents of users’ iOS calendars, including sensitive information such as confidential meeting notes and call-in numbers – which they then transmitted in plain text, not encrypted.

But what about the people who *sent* you email? Their part of the conversation would be going through LinkedIn’s servers too, regardless of whether they liked LinkedIn Intro or thought it was a privacy catastrophe waiting to happen.

So I, for one, am happy that the death knell is being rung on LinkedIn Intro. What a terrible idea it was in the first place, and its shutdown can’t come quickly enough in my opinion.

LinkedIn has provided uninstall instructions for those people who rushed to try out LinkedIn Intro, without thinking about the possible risks.