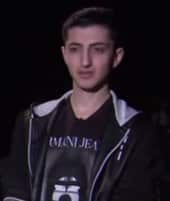 The notorious Lizard Squad hacking gang who brought down the PlayStation Network and Xbox Live over the Christmas holiday, ostentatiously courted the media about their antics, and recently launched a DDoS service, may have bitten more than it can chew.

On Monday, British police arrested 22-year-old Vinnie Omari at his home in London, and confiscated computer equipment, mobile phones and even his Xbox One on suspicion “of fraud by false representation and Computer Misuse Act offence.”

A statement released by the Thames Valley Police Department, doesn’t link Omari to the Christmas attacks against PSN and Xbox Live, but says Omari’s arrest is in connection with PayPal fraud:

The arrest yesterday (30/12) is in connection with an ongoing investigation in to cyber fraud offences which took place between 2013 and August 2014 during which victims reported funds being stolen from their PayPal accounts.

What is frankly bizarre is that Omari appeared on a segment of a Sky News report just a few days before his arrest, commenting on the Lizard Squad attacks. Sky News described Omari as an “online security analyst” who is “well-connected with the [hacking] community”:

Lizard Squad Member: Why I Took Down Xbox and PlayStation

You can watch the full Sky News report here.

If Omari is genuinely a member of the Lizard Squad hacking group, that seems a particularly daft way to draw attention to yourself. But then the Lizard Squad appears to be very keen on generating publicity.

You may find Member 2’s voice familiar. He has a British accent, claims to work in computer security, says he is 22 years old with a 10-year-old Minecraft-loving brother. I’m not an expert on voice forensics, so I couldn’t say if it’s possible that Member 2 is Vinnie Omari. You should listen and decide for yourself.

No charges appear to have yet been filed against Omari, who has been released on bail until March 2015.

Meanwhile, the Finnish media is reporting that another suspected member of Lizard Squad has been questioned by the authorities in Helsinki.

Finnish police, who have been working closely with the FBI on the case, believe that the person they are investigating is the Lizard Squad member who wasn’t afraid to show his face on camera when interviewed by Sky News about the attacks on the gaming networks. 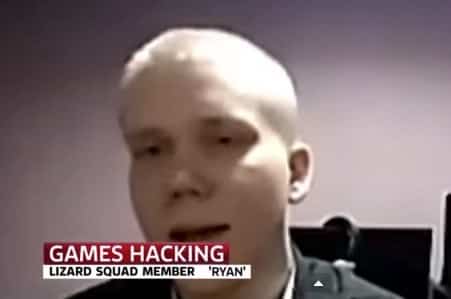 The Lizard Squad member that Sky News interviewed used the pseudonym “Ryan” or “Ryan Cleary” – a name which surely wasn’t chosen at random, as it is shared with a British man who was affiliated with the notorious LulzSec hacking gang.

The real Ryan Cleary was sentenced in 2013.

So who is the Lizard Squad “Ryan”? Well, Brian Krebs believes the hacker to be a Finnish teenager named Julius Kivimäki, who allegedly previously caught the attention of the authorities for running a botnet and possessing stolen credit card details.

It seems to me that Lizard Squad is desperate to emulate LulzSec. More fool them.

Let’s hope that Lizard Squad copies LulzSec successfully in one area at least, and that the computer crime-fighting authorities apprehend the culprits, and justice is done.

7 comments on “The noose tightens on Lizard Squad, as police apprehend suspects”