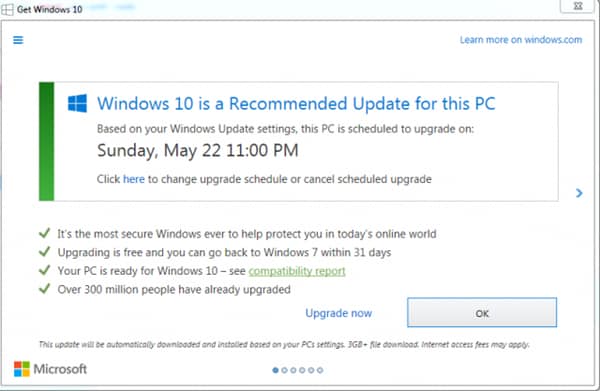 Maybe if you’re one of those folks who hasn’t upgraded to Windows 10 yet, you are seeing a message like the one above pop up.

So, what if you don’t want to upgrade to Windows 10? What if you just want the pesky reminder to go away? You may very well press the “X” in the top right corner, right? 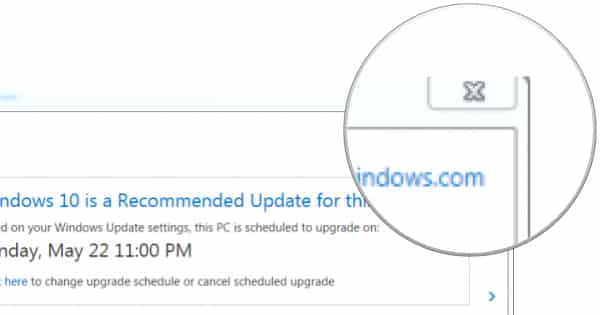 Because, as BBC News reports, although most user interface design would consider the pressing of that “X” to be a cancellation of the process, Microsoft has decided to read it as your acceptance that you wish to upgrade your computer to Windows 10.

Brad Chacos, senior editor at PC World, is one of those who considers this to be a “nasty” trick:

“So after more than half a year of teaching people that the only way to say “no thanks” to Windows 10 is to exit the GWX application—and refusing to allow users to disable the pop-up in any obvious manner, so they had to press that X over and over again during those six months to the point that most people probably just click it without reading now – Microsoft just made it so that very behavior accepts the Windows 10 upgrade instead, rather than canceling it.”

“Deploying these dirty tricks only frustrates long-time Windows users who have very valid reasons to stick with operating systems they already know and love.”

Judging by responses on Twitter, there are plenty of other people who are mystified as to how their computers upgraded to Windows 10 even though they thought they had cancelled the process.

Work at a repair shop. So many customers called complaining about how they hit the "X" as usual and got upgraded to Windows 10.

Chacos’s wife is one of those who is reported to have been caught out by changed behaviour, and even though she has a 30 day grace period during which she can roll back to Windows 7, she is now reportedly looking to buy a Mac.

Here is what Microsoft has to say about it:

“With the free Windows 10 upgrade offer ending on 29 July, we want to help people upgrade to the best version of Windows.

“Customers can choose to accept or decline the Windows 10 upgrade.”