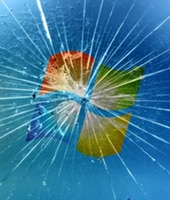 Last week, Microsoft pulled an important security patch it had issued for Active Directory Federation Services (AD FS), part of the Windows server software. The patch was supposed to fix a vulnerability in the software, which is commonly used to provide users with Single Sign-On access.

As the vulnerability it was attempting to fix had only been privately reported, and was not believed to be being exploited in the wild, it’s possible that the fix had actually turned into a bigger problem than the one it was attempting to solve – on Windows Server 2008 systems at least.

The good news is that Microsoft has now reissued MS13-066 and appears to be confident that it has done a better job this time.

This isn’t the first time that Microsoft has been forced to re-release a security patch after problems were found in the original version, and it surely won’t be the last.

I’m sure the company is hopeful, however, that it can keep such incidents to a minimum because of the disruption and downtime that buggy security patches can cause its customers.