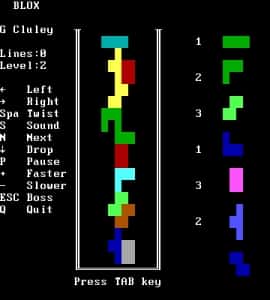 I was studying at Bristol Polytechnic in 1990 when I first came across a game called Tetris. A friend had a version of the game for his PC, and I quickly recognised how addictive the game was, and that with so little movement on the screen it would be easy to write the game effectively in Pascal.

So I sat down at my computer and wrote a version of Tetris, which I called Blox. There were some differences from the regular version of Tetris – my quick play of Tetris hadn’t made me familiar with the scoring system and the tray into which pieces fell was possibly (I’m still not sure) wider than in the original game. 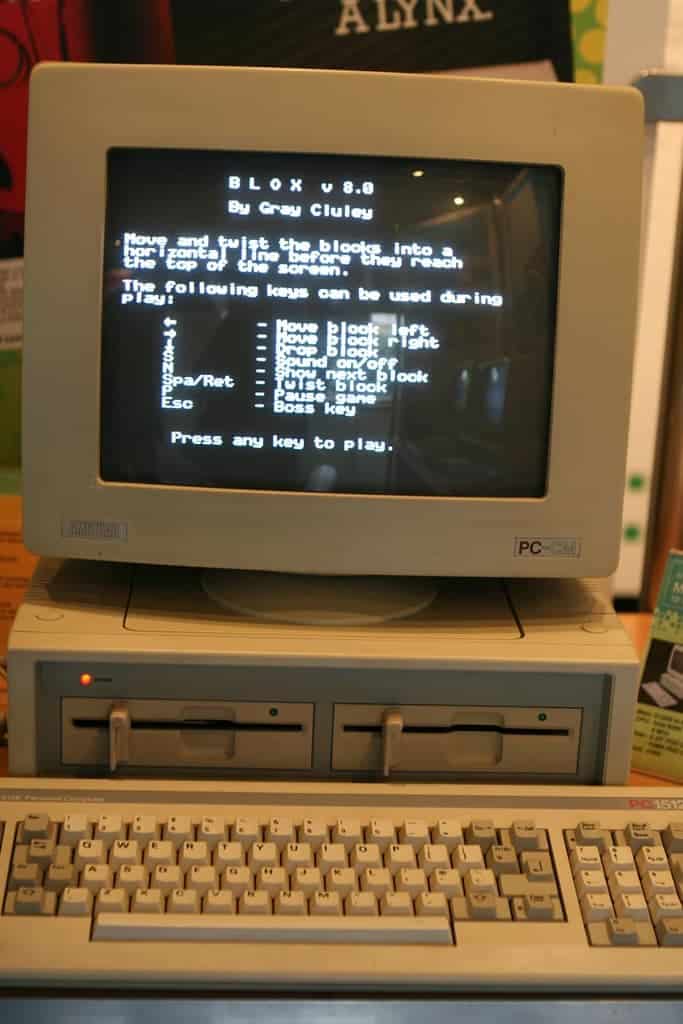 Unusually for a PC game, Blox plays in 40 column text mode. This was chosen for bolder more arcade-like graphics on the screen, whilst still remaining in speedy text mode.

In 1990/91 Blox became a firm favourite in the computer rooms of Bristol Polytechnic (now known as the University of Western England), and it wasn’t unusual to walk into a lab to find half a dozen people playing the game. 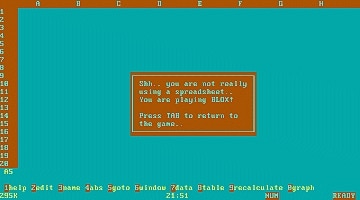 This in itself posed a problem – students wanted to play Blox because it was so addictive, but tutors were keen that they should be working instead.

The obvious answer was to hide that they were playing Blox, rather than working on a project. The computers in Bristol Poly’s computer labs came pre-installed with a spreadsheet program called VP-Planner.

So I added a “boss key” to Blox which would instantly pop up a bogus screen which pretended to be VP-Planner whenever the player pressed the ESC key.

However, it wasn’t enough to make the boss screen static, the disguise would be more convincing if students could enter fake data into the fake spreadsheet, move the cursor, all precisely replicating the basic behaviour of VP-Planner.

And so it came to be that Blox had probably one of the most sophisticated boss screens of any game of the era!

Towards the end of 1990 Blox made an appearance on the cover disk of What PC magazine. 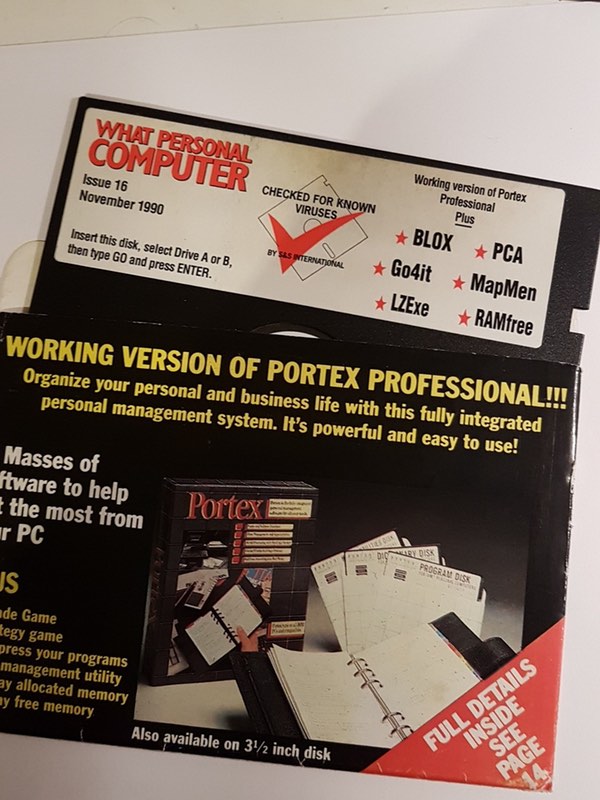 In 2009, a reader told me that my game Blox was on display at the National Museum of Computing at Bletchley Park.

Bletchley Park, of course, is the place where British World War II codebreakers managed to break the ciphers used by the German Engima machines. It’s a great day out for anyone interested in computing. 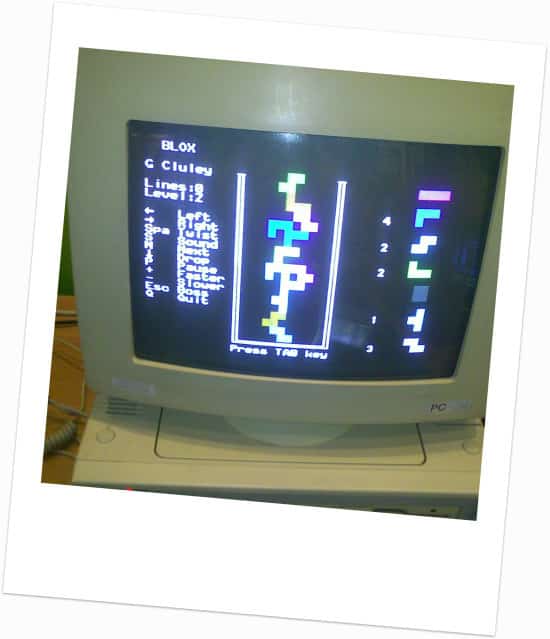 I’m really rather proud of Blox being on display at Bletchley Park. :)