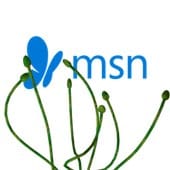 Are you blocking online ads yet?

The likes of Forbes and Yahoo Mail are reportedly trying to block access to users who are running ad blockers. But it’s an argument that is losing ground as more and more internet users find their computers are compromised by malvertising.

According to security firm MalwareBytes, the latest high profile site to be found spreading malware to its visitors via dodgy ads is MSN.

As researcher Jerome Segura reports, the attack appears to have been primarily focused on German users – posing as an ad for the cheap-and-cheerful supermarket chain Lidl.

Segura says that he saw the malicious ads serving up the RIG and Neutrino exploit kits in their attempt to infect vulnerable surfing computers with malware.

I can’t help but feel a little bit sorry for MSN. It didn’t put the advert on its site, it simply displayed an ad provided by a third party advertising network (AdSpirit). But this isn’t the first time that MSN has served up malicious ads.

If AdSpirit hasn’t found a way to ensure that any ads it delivers to clients like MSN are unpolluted, then maybe they should put their thinking caps on or get out of the advertising business.

And if MSN doesn’t have contracts in place with hefty penalties for any advertising network which puts its website visitors at risk then clearly they need to think long and hard about that too.

But it’s the users who I feel most sympathy for. They should be able to feel safe browsing a popular website like MSN, and not have to worry that malicious code might be surreptitiously trying to infect their PCs.

One thing I do know. If you had an ad blocker running on your web browser, you probably would never have had the malicious ad rendered in your browser, and that would mean that your computer wouldn’t have been at risk of infection.

Frankly, I tell everyone I know to run an ad blocker. I realise its sucks for websites that try to generate revenue for advertising, but my sympathy disappears when there’s such a big problem of poisoned adverts.