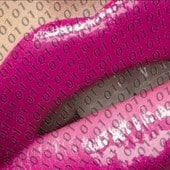 There’s been a lot of concern about how intelligence agencies around the world have been covertly snooping on private emails, instant message communications and phone calls, but here’s something you may not have realised.

The Daily Beast has the scoop, explaining that CIA and NSA analysts are tasked with examining graphic content that may have been recovered from computers and smartphones during the pursuit of alleged terrorists.

Much of this content is retrieved by the NSA’s controversial Tailored Access Operations (TAO) group, which said to have infected 50,000 systems around the world with malware and even intercepted Microsoft Windows crash error reports.

In addition, according to the report, the examined content (which can contain disturbing snuff movies and child abuse images, as well as conventional pornography) is scooped up from “websites frequented by jihadists” and “in some cases” viewed in real-time as it is posted by people of interest.

And it’s not all beheading videos. Yes, these snuff films have become vital sources of clues for U.S. intelligence analysts. But vast majority of material these analysts are studying, according to current and former intelligence officials, is a very different sort of NSFW fare. 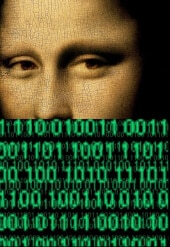 Steganography is the technique of hiding a message within a digital graphic image – making it something that you won’t be able to spot with the naked eye. By disguising a message in this way your hope is that anyone intercepting the communication won’t realise it’s true purpose, meaning it remains a secret until the recipient at the other end runs a program to extract the hidden message.

When the memory card was examined, Ars Technica reported in 2012, it was discovered to contain a password-protected folder that (when it eventually revealed its secrets) contained a pornographic video called “KickAss”.

Within that video, they discovered 141 separate text files, containing what officials claim are documents detailing al-Qaeda operations and plans for future operations—among them, three entitled “Future Works,” “Lessons Learned,” and “Report on Operations.”

Of course, simply watching a blue movie shouldn’t be an effective way to tell if it contains data hidden through steganography, if the terrorist is doing their job properly.

But I guess the agency would be considered remiss if they didn’t have someone tasked with the onerous job of reading every document, checking every image, and watching every minute of video that has been seized. 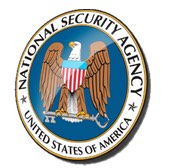 As such, regardless of whether you approve of some of the methods used by the NSA’s TAO unit, it’s good to hear that mental health professionals and counsellors are available to workers – who may be disturbed by the content they are paid to view.

Side note: This isn’t, of course, the first time that intelligence agencies have shown a lot of interest in watching movies of people without their clothes on.

The UK’s GCHQ spied on more than 1.8 million Yahoo users around the world for six months back in 2008 as part of “Operation Optic Nerve”, in a gross invasion of privacy. According to one GCHQ document, between 3 and 11 percent of collected Yahoo webcam images contained sexually explicit content.

Which makes me think, there must have been some poor sod whose job it was to count every time someone got nude on their Yahoo webcam chat.

That’s a pretty awful job too.