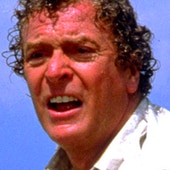 Financial organisations in London will be simulating a massive internet attack today, as thousands of IT and security staff play out a series of digital disasters to test their ability to respond and work together in a crisis.

As Reuters reports, the event is dubbed “Waking Shark II” (not to be confused with “Jaws IV: The Revenge”) and will involve banks and stock exchanges seeing how they might respond to major attacks on stock exchange computer systems, and how banks might cope with cashless ATM machines (rather than how Michael Caine might drum up some cash to buy a new house.)

Similar “cyber war games” have been run in the past by Wall Street – who dubbed their stress test “Quantum Dawn”.

The Register reports that there has been some criticism that “Waking Shark II” (seriously, who comes up with these names?) doesn’t address physical threats – such as the recent audacious attempts by gangs to connect spying hardware devices to computers at bank branches.

Nonetheless, exercises like this are a good idea, as it allows companies to stop thinking of potential internet threats as theoretical, and can give them practical experience of how to deal with a major incident.

Let us hope, once the simulation’s results and the events of today are examined, that financial firms and stock exchanges will be better prepared to deal with such scenarios when they are no longer simulations but the real thing.

Update: Hear me talking about Operation Waking Shark II on the BBC.