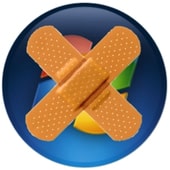 Microsoft has announced that it will be releasing eight security bulletins (three rated “Critical” and five rated “Important”) as part of its regular Patch Tuesday bundle on November 12th.

The most concerning critical updates are planned to address vulnerabilities in Internet Explorer and Microsoft Windows involving remote code execution flaws, that could be exploited by hackers to infect computers without the victim’s knowledge.

What the patches won’t contain, however, is a fix for the zero-day vulnerability in the way Microsoft software handles TIFF image files. That security hole has been exploited by hackers in targeted attacks involving boobytrapped Word documents, and broader financially-motivated campaigns.

Although there is a temporary fix-it tool available for the TIFF zero-day vulnerability, it’s nothing like as good a solution as a proper, permanent fix from Microsoft.

Dustin Childs of the Microsoft Trustworthy Computing group has published a blog post about the TIFF flaw, explaining that the firm is working on a fix and will release it “when ready”.

It goes without saying, that it’s wise to install security patches from Microsoft as soon as possible after they released. If you don’t, you’re effectively gambling that online criminals won’t learn more about the security holes and how to exploit them, and use that knowledge against computers under your control.