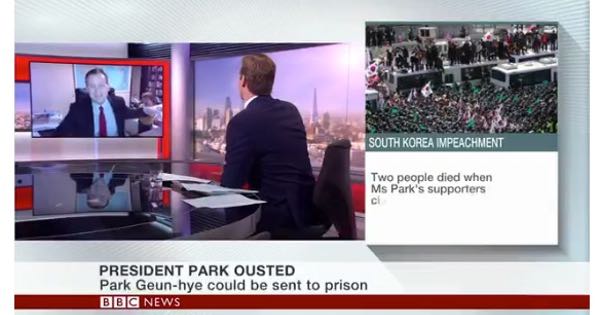 I work from home. I frequently do media interviews via Skype. I have a young child.

I’ve had an “unexpected visitor” sometimes join me live on air, but I’ve never quite had something like this happen.

This guest managed to keep his composure when his children interrupted his live @BBCWorld TV interview pic.twitter.com/3x5tgsVR8R

Well done to the dude for keeping his cool!