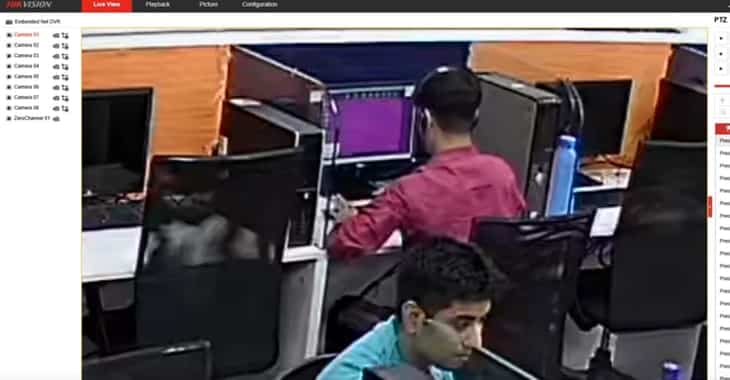 An indepth investigation by online vigilantes has exposed the activities of an Indian tech support scam centre.

Extraordinarily, fraudsters had the tables turned on them as YouTuber Jim Browning was able to hack into the call centre and access recordings of scam phone calls and even watch live CCTV footage exposing the criminals at work.

Browning and fellow YouTuber Karl Rock teamed up with BBC Panorama this week to expose the goings-on at Faremart Travel Private Limited, a company running out of Gurugram, south west of Delhi.

Spying On The Scammers | BBC Stories

I’m sure some will have reservations about the legality of vigilantes accessing the scammers’ CCTV footage and recordings without permission, but then you watch a video like this…

In the above video, Karl Rock shares the audio recording of a 13-year-old girl who finds herself the victim of a tech support scam.

It’s heartbreaking, and truly hard to watch all the way through. I don’t know the scammers can sleep at night, and they deserve to be locked up.

On which note, good news. According to Rock, Indian police raided the premises of Faremart Travel Private Limited in Gurugram, within hours of the videos being released.

If you believe that you are a victim of the call centre, please contact Indian police via email at [email protected].