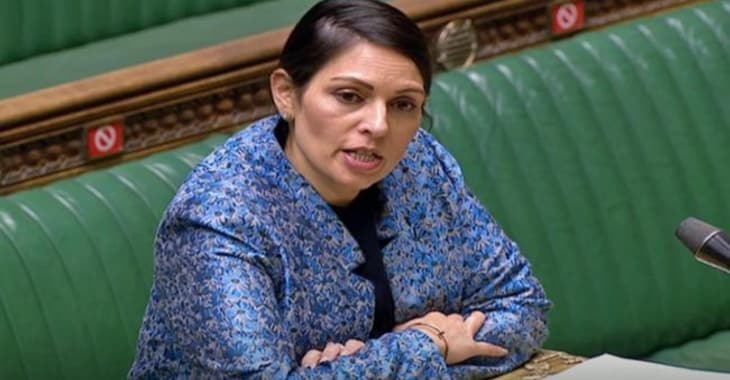 …and just like the chats you have on Signal, Wire, and FaceTime are too.

Priti Patel is just the latest in a long line of British politicians to rail against encrypted messaging, arguing that it makes it harder for the police and intelligence agencies to catch paedophiles, drug barons, and terrorists.

But if you weaken end-to-end encrypted messaging by creating backdoors for intelligence agencies or police to monitor communications, you don’t make life less safe for the criminals. You make it less safe for everyone.

Indeed, all a criminal would do is use another service that does provide end-to-end encryption, or create their own service beyond the reach of the authorities and impervious to any ad campaign backed by Priti Patel.

Encryption isn’t a bad thing, it’s a good thing. Encryption protects our privacy from hackers and organised criminals. It defends our bank accounts, our shopping, our identities. It saves the lives of human rights activists working against oppressive regimes.

Journalist James Ball summed up in a tweet the idiocy of being anti-encryption:

The real-world analogy to the Home Office attitude to encryption is as if the police campaigned to ban door locks because they made it harder for police to get into criminals' homes.

We shouldn’t be looking for ways to weaken or outlaw encrypted communications. If anything, we should be encouraging their wider use.

I’m no fan of Facebook. I think it is, in many ways, ghastly. But I welcome anything they do to harden the security and privacy of their users.