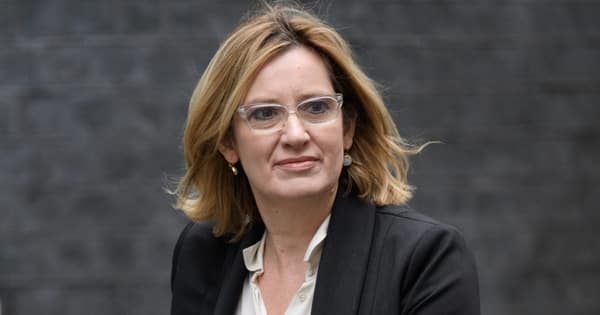 Writing in The Telegraph (it’s behind a paywall, but here’s the pertinent bit) UK Home Secretary Amber Rudd writes:

“Who uses WhatsApp because it is end-to-end encrypted, rather than because it is an incredibly user-friendly and cheap way of staying in touch with friends and family?

“So this is not about asking the companies to break encryption or create so called ‘back doors’.

“Companies are constantly making trade-offs between security and ‘usability’, and it is here where our experts believe opportunities may lie.

“Real people often prefer ease of use and a multitude of features to perfect, unbreakable security.”

Hmm.. “real people” voted a few weeks ago in the United Kingdom’s snap general election, stripping away the ruling Conservative party’s majority, and leaving us with a hung parliament.

Amber Rudd herself was feeling the shock after the majority in her own parliamentary seat was slashed to just 346 votes.

The suggestion that services like WhatsApp should stop using proper encryption because the only beneficiary are terrorists is bonkers.

Encryption is a good thing, not a bad thing.

Encryption protects our privacy from hackers and organised criminals. It defends our bank accounts, our shopping, our identities.

There are too many data breaches involving online companies who have failed to properly secure our data.

Too many hacks where criminals and state-sponsored hackers have intercepted sensitive information and used it to their own advantage.

Too many instances where security services and intelligence agencies have spied on their country’s citizens either with the approval of authoritarian regimes, or broken the law to illegally collect vast amounts of personal data without proper oversight or the public even being aware of what was going on.

Real people care about their privacy. They close the door when they go to the bathroom. They put on clothes before they step outside on the street. They protect their online accounts with passwords.

It’s not as if “breaking” WhatsApp’s encryption would really help the fight against terrorism and organised crime anyway (WhatsApp is – for some reason – seemingly the service most commonly in the UK Government’s firing line).

Criminals would simply use other services if WhatsApp no longer provided secure end-to-end encrypted messaging, or “roll their own” sending them even further out of the reach of intelligence agencies.

So, in summary, UK Home Secretary Amber Rudd argues that people would be happy with imperfect, breakable security.

I believe that most “real people” would be concerned that such a step would increase the chances of their privacy being invaded, and criminals taking advantage of weakened security.