Graham Cluley • @gcluley
10:44 am, September 16, 2014
How to remove Bono and U2 from YOUR f*#!ing iPhone | Graham Cluley
Apple thought it was a nice idea to give all iTunes users a free copy of U2’s new album “Songs of Innocence”, as they launched the iPhone 6, iPhone 6 Plus, and the distinctly underwhelming (to my eyes at least…) Apple Watch. 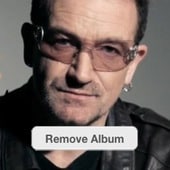 But not everyone was over the moon, as I explain in the above video.

As you probably noticed, I’m not impressed by the spam-like way Apple has tried to spread U2’s latest musical warblings.

And Apple appears to have been caught on the hop by the ferocity of the backlash, taking almost a week to respond to critics

The Cupertino-based company has now released a tool (with accompanying support advisory) that removes the U2 album from your iTunes music library and list of iTunes purchases. 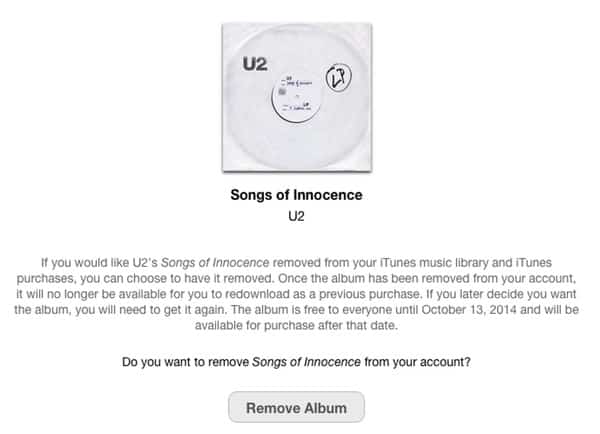 For his part, lead singer Bono appeared to have no qualms about coming across as a spammer, writing on the band’s website: 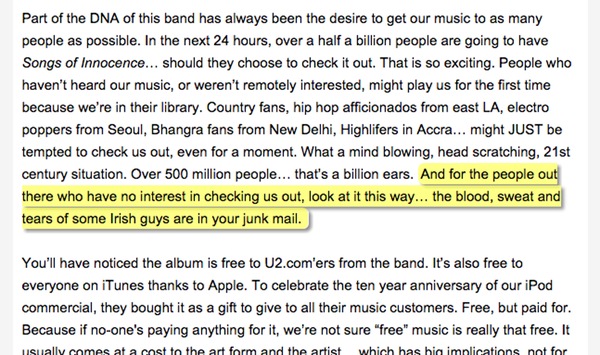 And for the people out there who have no interest in checking us out, look at it this way… the blood, sweat and tears of some Irish guys are in your junk mail.

No Bono. They’re not in my junk mail – it’s cluttering up the music library on my iPhone. And, anyway, it wouldn’t be good if it were my junk mail anyway.

2 comments on “How to remove Bono and U2 from YOUR f*&!ing iPhone [VIDEO]”