If you believed the news reports, you might think that film actor Russell Crowe had his Twitter account broken into by a hacker who posted a rather rude full-frontal picture of a woman’s pubic area. 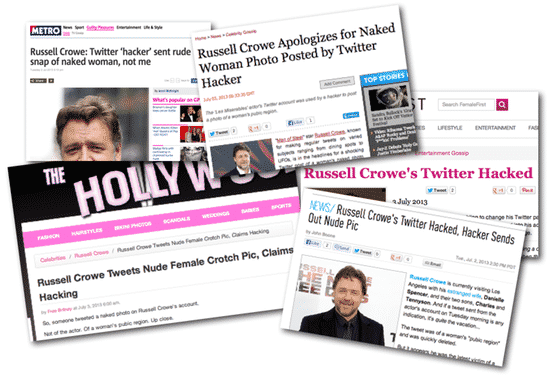 Because I don’t believe a hacker did break into Russell Crowe’s Twitter account. I think it’s more likely that he tweeted the picture himself.

And why do I come to this conclusion?

Well, firstly, despite what the newspapers have reported, at no point does Russell Crowe himself blame a hacker for the picture of the naked woman that was posted from his account.

The “hacker” element has been entirely introduced by the media.

If you look at Crowe’s tweets he never mentions a hacker, nor does he say that his account has been hacked.

What he *does* say is this: 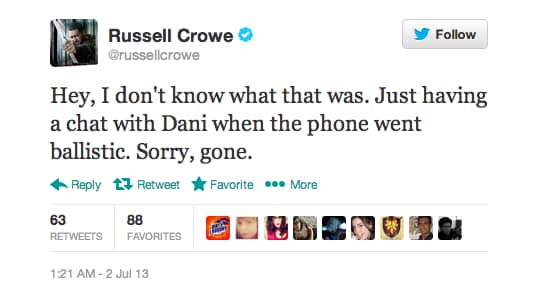 Hey, I don’t know what that was. Just having a chat with Dani when the phone went ballistic. Sorry, gone.

Furthermore, the star of “Gladiator” and “Les Miserables” doesn’t mention anything about changing his password to lock out a hacker.

Indeed, it’s remarkable how quickly the Hollywood actor realised the errant tweet had occurred and deleted it suggesting… umm… maybe he knew almost immediately that a tweet had been sent out in error. 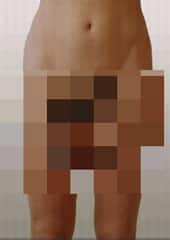 We have probably all experienced that terrible feeling in the pit of our stomach when we send a snarky “reply-to-all” rather than just one person, or forwarded a message forgetting that we had included something we would probably rather not have shared further down the conversation thread.

And maybe some of us have accidentally posted something on Facebook and Twitter in the past which we intended to share more privately, only to quickly withdraw and delete the offending message in the hope that no-one notices.

The only difference in Russell Crowe’s case is that he’s a celebrity, and there are a lot more eyeballs ready to watch any mistake he makes on social media than most of us.

So, credit where credit’s due. It would have been easy for Russell Crowe to have blamed a hacker for tweeting that rude picture – but he didn’t. He simply said his phone had a bit of a freakout, and he removed the message.

He’s not a daft chap, and he probably knows that it’s highly unlikely that anyone who did break into his Twitter account would want to post such an image, rather than share a malicious link or promote some miracle diet scam website or simply say something abusive about antipodean actors who once had a bit-part in “Neighbours”.

My money says that it wasn’t a hacker who broke into Russell Crowe’s Twitter account. I don’t think he’s had to change his password, or take a longer look at his security following this incident. I believe that all he’s probably learnt is to be a little more careful with his fumbling fingers when he has an audience of one million fans watching.

Of course if Mr Crowe does want to get in touch and confirm that he was hacked, I will be happy to eat humble pie.