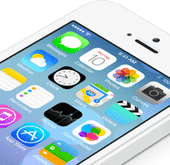 Snapchat, the smartphone app which has been touted as a way of safely “sexting” and sharing naked pictures, is phenomenally popular – especially with those teenagers who get a kick out of sharing brief snapshots of their private parts with each other.

Over on the Naked Security blog I wrote last year about how the app’s promises of safe sexting are false, and it was since revealed that the claim that Snapchat pics on Androids “disappeared forever” was simply untrue.

The verdict of security professionals was that you would be crazy to use Snapchat for *any* picture that you didn’t mind floating around forever.

And that was before we even got to discuss the various scenarios where Snapchat users can jailbreak their iPhone, or install third-party cracks on their Android devices, which give them the ability to easily “backup” any saucy Snapchat pictures they wish to file away for a rainy day.

But now Apple has made everything simpler. 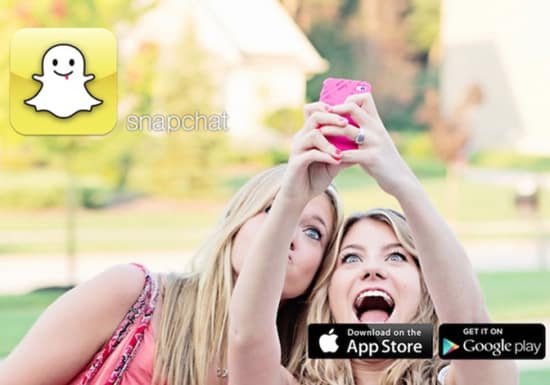 iOS 7, the recently announced new version of Apple’s iPhone an iPad operation system, appears to contain a bug/feature (delete as applicable) which makes it child’s play for users to take a screenshot of a Snapchat they are sent.

As MacRumors reports, the newly released second beta of iOS 7 contains a small change to functionality which makes a big difference to Snapchat sleazeballs.

With earlier versions of iOS, you have had to touch the screen to see the photograph you have been sent. If you aren’t touching the screen, Snapchat hides the picture.

The Snapchat app was relying upon the fact that in iOS 6 if you take a screen capture, the operating system stops registering that you are touching the screen. Because of this, Snapchat hides the image before you can save the photo.

However, in iOS 7, taking the screenshot doesn’t interrupt screen touching. The screen still thinks it’s being touched, Snapchat still shows the photo, and you are able to save to your Camera Roll an image of what you’re seeing on the screen.

And then, of course, if you fall out with the person you can send it to all of their friends, post it on Facebook, plaster it on noticeboards all across the school, and just generally be a complete asshole.

Will iOS 7 stay this way once it is officially released and in the hands of the masses as well as geeky Apple developers? Or will Snapchat be forced to come up with another feeble method to prevent the screen capture of intimate photos, handily ignoring that anyone at any time can just take a photograph of the screen if they really wanted to.

Only time will tell.

But one thing I think is going to remain the same. It isn’t safe to share sexy pictures of yourself via apps like Snapchat, and it won’t ever be. If you don’t want something “out there”, it might be wisest to keep it private.