The new version of Apple’s mobile operating system, iOS 7, may have been plagued with fingerprint sensor bugs and lockscreen flaws, forcing the company to issue updates, but there are some things which are harder to work out if they’re bugs or hard-to-explain “features”.

Take for instance, what happens on iOS 7 if you ask Siri the question 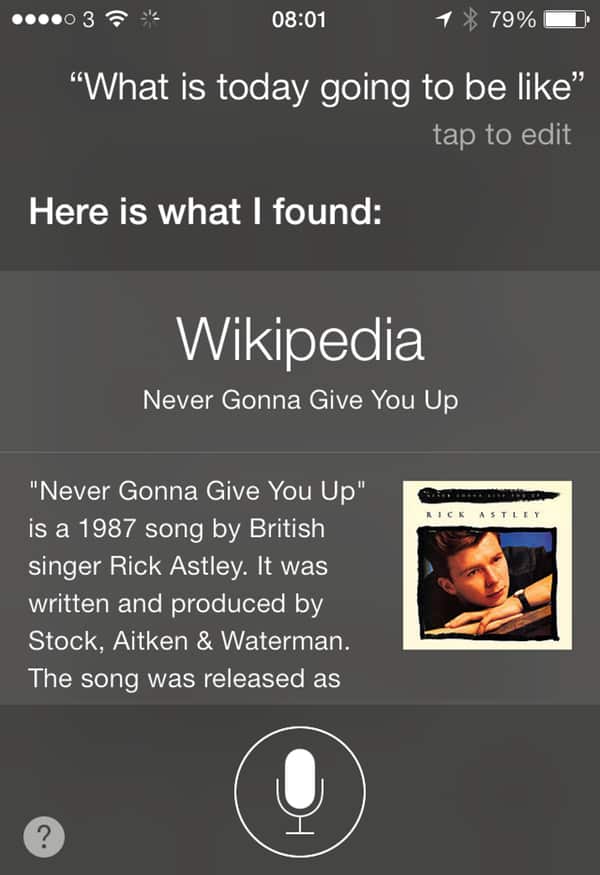 Yep, asking “What is today going to be like?” results in Siri taking you to the Wikipedia page for Rick Astley’s “Never Going To Give You Up”.

It’s a curious easter egg for the dudes in Cupertino to embed into the iOS 7 version of the Siri software. Especially, as those with long memories may recall that when the iKee virus infected jailbroken iPhones it contained a similar Rick Astley inspired payload, changing the wallpaper of affected devices to a portrait of the 1980s singer. 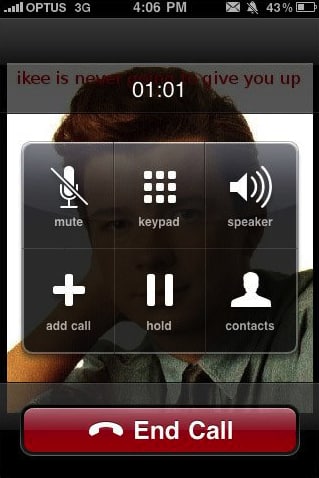 Then again, the firm did include a screenshot of iOS 7 playing Rick Astley’s famous hit in one of their support knowledgebase articles.

Is it possible that Tim Cook is a secret fan?

I, for one, am comforted that Apple had its priorities right when working on iOS 7.