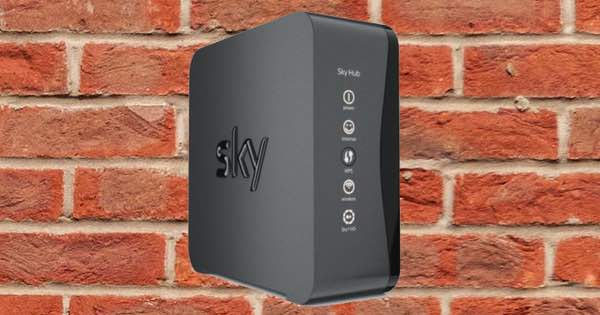 Many tech-savvy computer users choose to adjust the settings of their ISP-provided broadband router to use different Domain Name System (DNS) settings.

For instance, you might want to use the DNS settings provided free by CleanBrowsing to block adult content from your children’s eyes, or 1.1.1.1 from Cloudflare for speedier DNS resolution, OpenDNS, or Google’s Public DNS at the IP address 8.8.8.8.

If that’s all gobbledygook to you then you probably haven’t changed the DNS settings of your router from the default it shipped with – which also means that you won’t have suffered the kind of problems that some Sky Broadband customers are reportedly experiencing in the UK:

Sky Broadband has rolled out a firmware update which is bricking users’ broadband hubs if they are not set to use the ISP’s default choice of domain name server.

The Reg was contacted by a Sky subscriber who wants to remain anonymous. They lost internet access on Friday morning and were told it was due to a firmware update which went out overnight on Thursday. Initial promises of a fix within 72 hours were then amended to between three and eight days..

There are plenty of complaints from unhappy Sky Hub users on SkyBroadband’s online forums.

An official response from Sky Broadband spokesperson says that customers will have to request a firmware rollback, and then wait up to a week, before they can access the internet via their third-party DNS settings again:

“Our latest firmware update is designed to support new, exciting features coming to Sky Broadband soon. If customers wish to continue using a third party DNS server, they can request a roll-back to the previous firmware which can take up to 7 days however customers will still be able to access the internet using Sky DNS servers throughout this time.”

So there you go. Your ISP just denied you access to the internet with no warning. Presumably you’ve already taken remedial action (perhaps you’re using mobile data, or someone else’s Wi-Fi, or simply given up and using Sky’s DNS settings instead) otherwise you might find it tricky to work out why your internet access stopped working as you expected.

I’m not alone in recommending to folks that, whenever possible, they use their own router rather than the one supplied by their ISP.

Sky customers moan: Our broadband hubs are bricking it https://t.co/x7npEL1TfC << This is exactly why I do not use ISP supplied devices. Buy your own & you have full control of it.