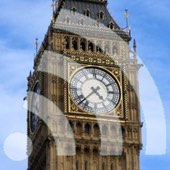 Some British politicians aren’t terribly keen on members of the public encrypting their communications, because of the difficulties that law enforcement and intelligence services can experience trying to snoop upon you.

But you would still like to think that British members of parliaments are aware of the dangers of using public WiFi hotspots, wouldn’t you?

If you’ve never understood just why it’s so important to encrypt your communications from criminal hackers when using WiFi to log into your email, make a VOIP call, or simply browse the web then you need to watch this video.

The answer is to use VPN (Virtual Private Network) software that creates a secure encrypted tunnel, allowing you to access the internet privately when using a public connection.

Oh, and it should go without saying, that if VPNs were forced by Parliament to have a backdoor that could be used by the intelligence services to spy on you… well, that could be awfully handy for criminals too.

Well done to Peter Warren of the Cyber Security Research Institute and the folks from F-Secure, for putting the video together and making a potentially complex issue so easy for the average person in the street to understand.

9 comments on “This video explains the dangers of public WiFi, by spying on British MPs”